Negative oil price: what does it mean for you?

Negative oil price: what does it mean for you? 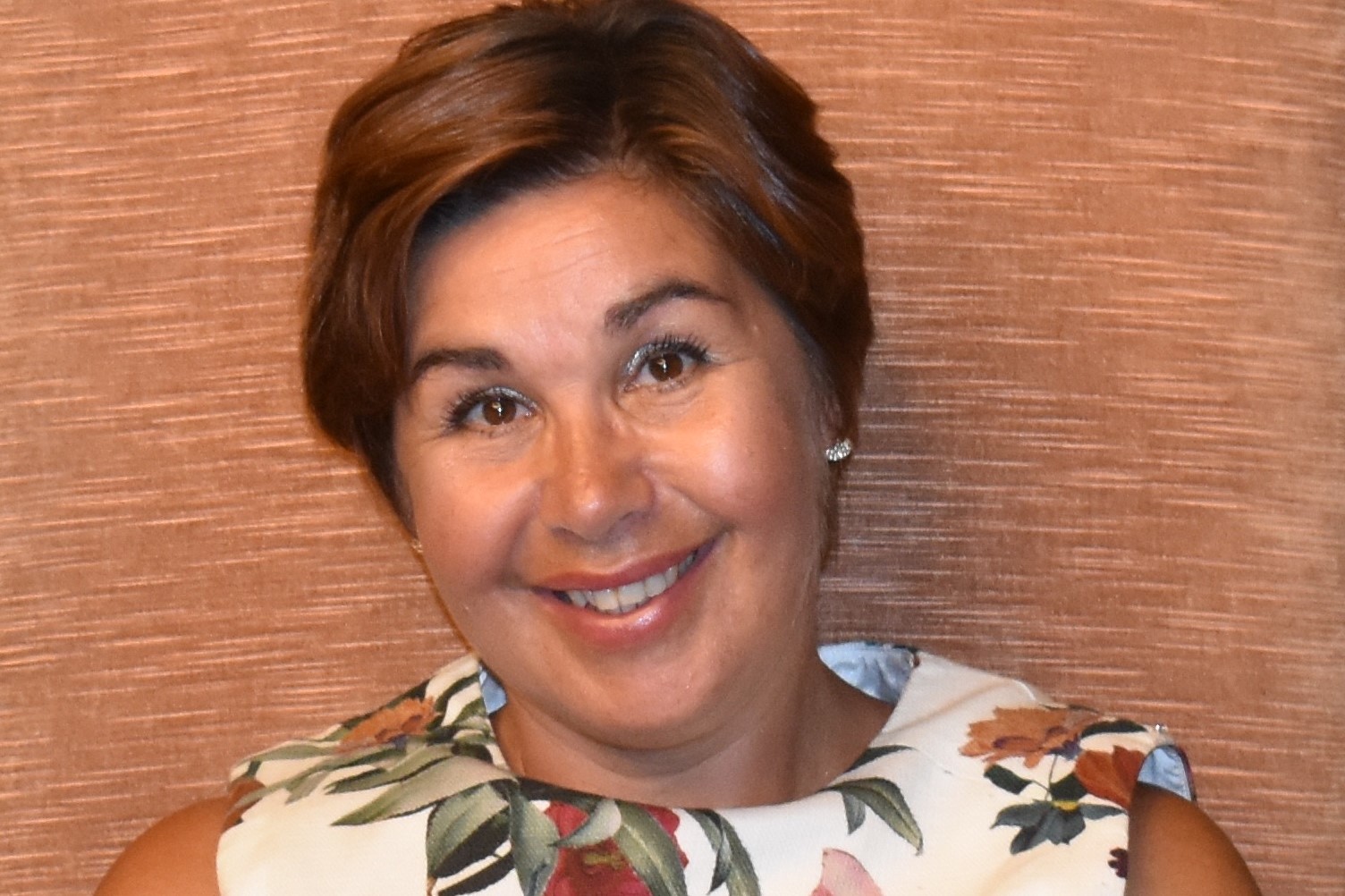 ….going back to the drawing board and fundamentally rethink risk management and modelling for oil and other commodities.

In the late 1990’s, I was an analyst at a major oil trading firm in London. On a sunny day in 1998, much like today, my colleagues and I watched in bewilderment as oil prices dipped into single digits – something none of us had seen before and never thought we would see again. Little did we know. On April 20, 2020, US oil prices – West Texas Intermediate (WTI) – for futures contracts with delivery in May, have become negative for the first time in history. This event has left even the most seasoned oil traders in a state of shock and disbelief. Why did this happen and what does it mean for risk professionals? 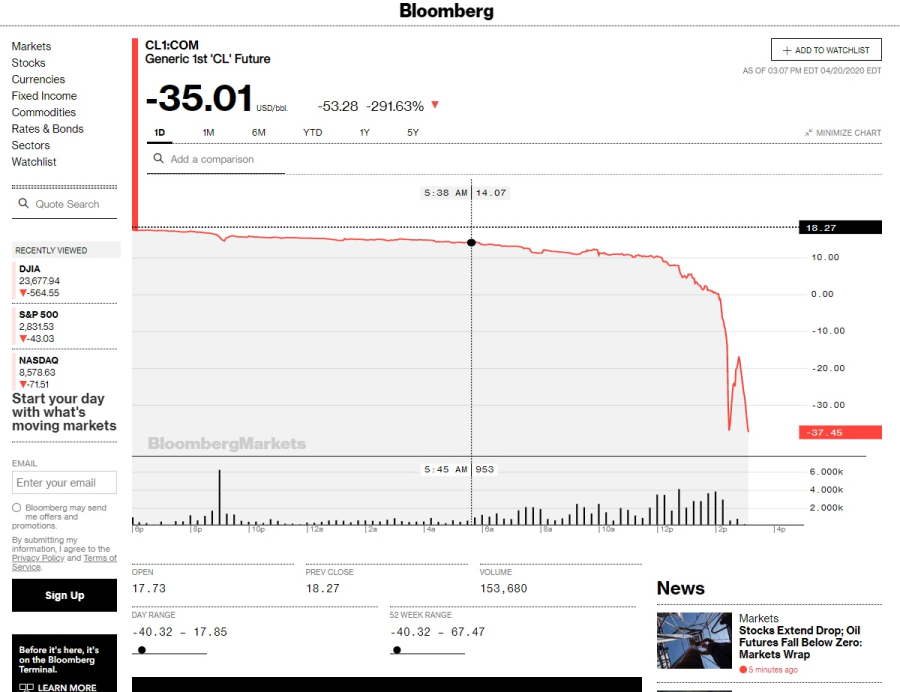 The COVID-19 crisis has led to an unprecedented fall in the global demand for oil, as travel and industrial production have screeched to a halt. The current demand for oil is 30% less than in the months before the crisis, while the production cut agreed by oil-producing countries (OPEC+) is only 10%. This resulted in a huge glut of crude oil in the world. Crude oil storage is nearly full, and oil tankers that usually transport oil around the world are floating near harbours fully loaded. As a result, not only oil prices have fallen but also storage costs have spiked to levels never seen before: chartering a large oil tanker currently costs ~180,000 USD per day (in “normal” circumstances it would cost approximately 13,000 USD per day), and even at that price there are hardly any empty tankers available.

US oil is in a particularly tight spot, as it is produced in land-locked regions and has to be transported via pipelines to the nearest storage facilities or harbours. Added to that is the fact that oil futures contracts in the US have a particular feature: the owner of such a contract must take physical delivery of oil once the contract expires. So, if such delivery takes place, oil must be stored or immediately refined into gasoline and other products. European futures for Brent oil, which comes from the North sea, do not have this feature – these contracts are cash settled, by paying or receiving the difference between the price written in the contract and the current oil price, so no physical delivery takes place.

So a couple of days before the May WTI contract expired, traders were faced with a dilemma: to either take physical delivery (which is impossible due to lack of storage) or to pay in order to not do that.  The amount they were prepared to pay to get out of their contracts was as high as 40 US dollars per barrel of oil, which was still lower than the astronomic storage costs they would otherwise have encountered.

So, what are the implications of this event? The immediate consequence is continuing downward pressure on the oil price, which a day later “recovered” to 13.5 USD per barrel for WTI and 20 USD for a barrel of Brent (some US grades of oil, such as that from Louisiana, continue to trade at negative prices). But for risk professionals and quants this demands fundamental rethinking of their models.

When estimating risk of a portfolio or a trading position, we do not care much about prices: we are more concerned with returns. So it seems that risk models still should work (although a return of -300% is something that no model can ever foresee). However, if the price hits zero, then the next day’s return will be recorded as infinite, leading to either your risk model crashing or an infinite capital requirement. What can be done? One, ad-hoc approach would be to ignore that “abnormal” return and replace it by a more “acceptable” value (e.g., by interpolation). Another way, just as ad hoc, is to exclude the offending futures contract (in this case, that expiring in May) entirely from your model and impose some (reasonably high) risk add-on to account for losses on this contract. However, these are “duct-tape” solutions that are unsustainable in the long run.

For pricing models, the situation is even more severe. The fundamental assumption behind these models, going back to the famous Black and Scholes formula, is that asset prices follow so-called Geometric Brownian Motion – an exponential random walk, which is not allowed to become negative. So with negative prices, this essential assumption has to be fundamentally reassessed.

Fortunately, we have two precedents to learn from. The first is negative interest rates, which have been with us for a while. Here, the solution is to add some sufficiently high number to all the rates to bring them back to positive values. For interest rates, such number would be the lowest possible interest rate, and monetary economists agree that rates cannot go below -2%. In the case of oil futures, the sky is the limit, and there is no way of guessing just how negative prices could get. Moreover, while interest rates can stay negative for a very long time, for the oil price it is a short-lived event, as producers will simply switch off the tap if negative prices persist.

Negative futures prices in oil can happen again, especially at times of low demand and/or oversupply, but it is fundamentally a very short-lived phenomenon. So for inspiration we should look to another asset with similar price behaviour: electricity. Electricity prices regularly dip into negative territory (albeit for a short time) and in this they resemble the case of oil. The reason for these short-lived negative prices is the fact that electricity cannot be stored and must be consumed once generated. So electricity price models are good candidates for figuring out how to redesign our oil price models. The solution for electricity is to assume the price follows a regular, so not exponential random walk, which can become negative, if only for a short period – this would be a suitable solution for oil price models too.

So not only this momentous event left us all astonished: we should also now go back to the drawing board and fundamentally rethink our oil price and risk models.