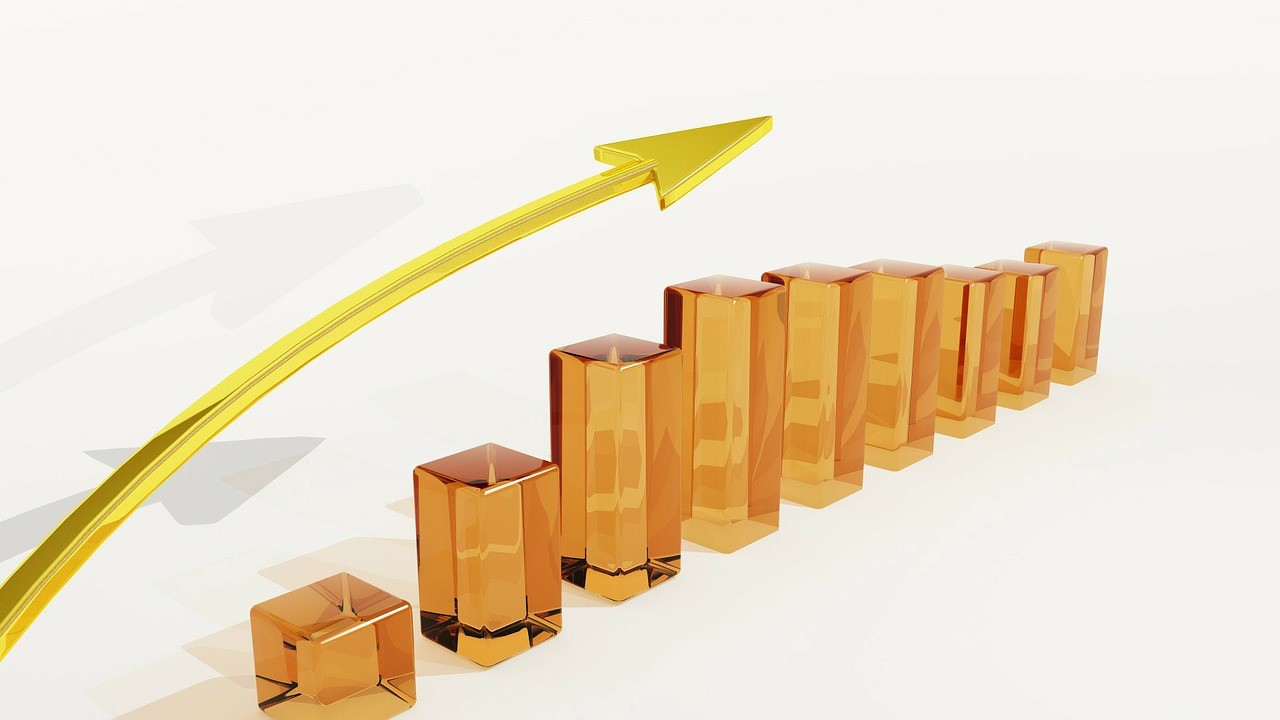 December was a good month for all risky assets, with equities up more than 1%, bringing their year-to-date performance to 31% in euro terms. This rally was driven by the trade truce between the US and China following an agreement on the first phase of the deal. Furthermore, the Conservative Party’s landslide victory in the UK election initially reduces Brexit uncertainty and allows the process to move ahead to the next difficult phase of negotiating a trade deal with Europe. Third, macro data is continuing to stabilise and is feeding hopes of a recovery in 2020.

In addition to equities, real estate, commodities (especially the more cyclical industrial metals and energy) and fixed income spread products did well, with tighter spreads largely offsetting the modestly higher treasury yields. The latter are somewhat the reverse side of the higher risk appetite among investors. 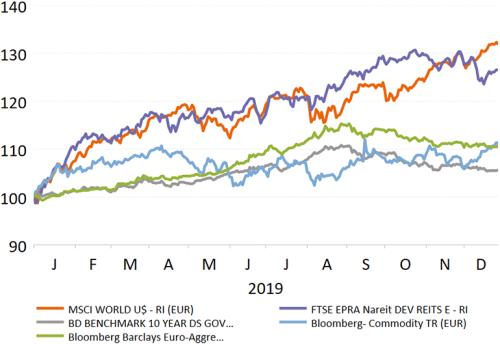 The biggest bounce was in emerging markets, which were up almost 6%. The trade truce, higher commodity prices and a dovish Fed were helpful and spurred an increase in investment flows into the asset class. The UK also performed well after the elections as Brexit is now confirmed, which removes some of the uncertainty. This is not to say that everything is clear. On the contrary, in 2020 the difficult task of coming to a trade deal with Europe will dominate European politics. The region that lagged was Japan. Low data visibility following the increase in the sales tax and a central bank that is opaque in its communication were probably to blame. 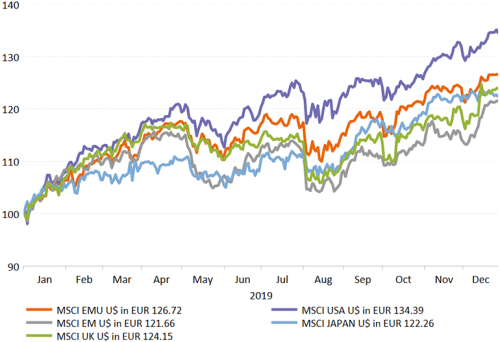 Sector performance was a strange mix, with deep cyclical and defensive sectors performing well. The energy sector and the material sector performed well thanks to the rise in commodity prices. At the same time, the health care sector extended its recent good performance, adding another 1.6% in December. The big performance gap between utilities (up 2%+) and real estate (down 1%) was also noteworthy. There is no obvious top-down explanation for the decline in real estate. Technology also did well, pushing its year-to-date performance to almost 51%. Overall, cyclical sectors performed in line with defensive sectors. 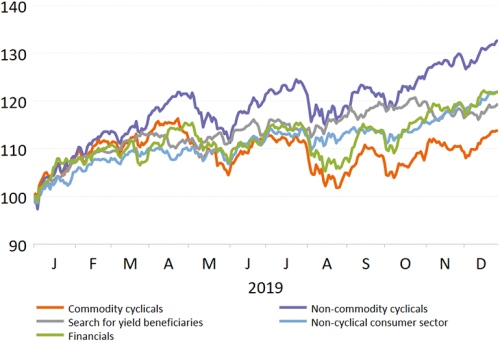 The drop in risk aversion coupled with further signs of stabilization in manufacturing data drove treasury yields higher. The rise was fairly modest, however, in view of the jump in equities. German Bund yields rose 7 bps and US Treasuries added 13 bps over the month. 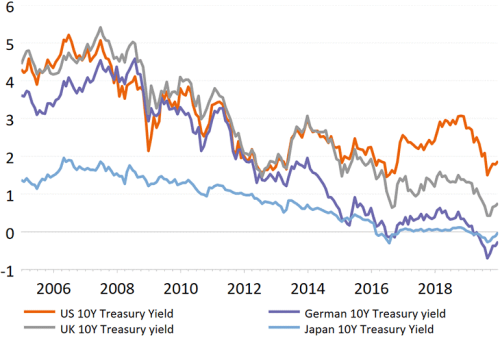 The higher risk appetite and the improvement in the macro data have had a positive impact on spread levels, which tightened across the universe. Investors are still searching for yield but at the same time are shunning the riskier parts of the universe. 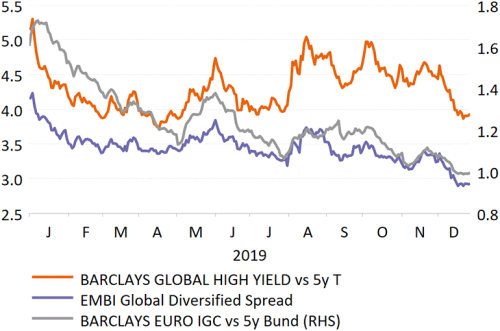 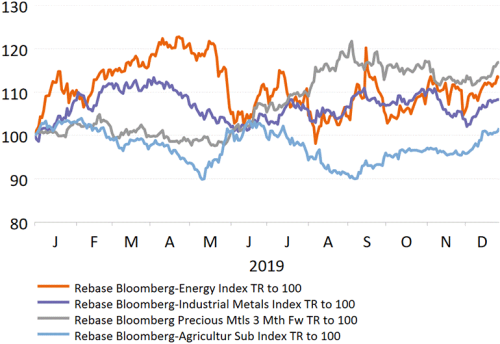