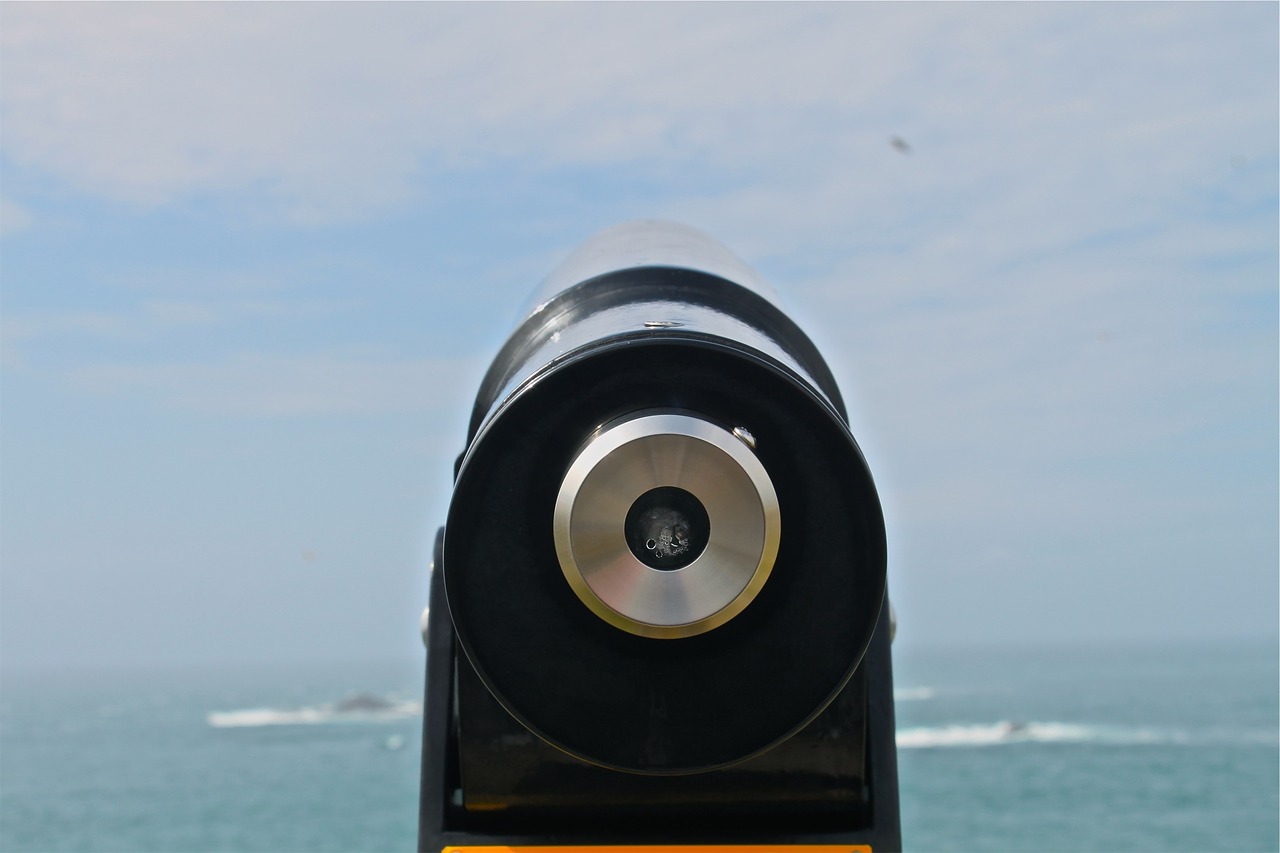 Signs of slower growth than we had originally expected amid supply constraints and a Covid-19 resurgence due to the Delta variant leads us to lower our third-quarter and, thus, full-year growth forecasts for the United States.

We now foresee GDP growth coming in around 5.5% for the third quarter, lower than our previous view of 8.5%. As a result of this and weaker-than-originally-expected annual growth of 6.6% in the second quarter, we have downwardly revised our forecast for the full-year to around 6% from around 7.5%. We maintain our view, however, for fourth-quarter growth at an annual rate around 5.5%, and for full-year 2022 growth of around 3.5% to 4%. Under our revised forecasts, the United States would reach its pre-pandemic growth trend in the first quarter of 2022, rather than the fourth quarter of 2021.

Across the euro area, hospitalisations appear to have peaked with daily new cases of Covid-19 falling in previous hot spots such as Spain and France. We maintain our view of full-year GDP growth of around 5%, which we expect to be supported by increased consumption in the third quarter. GDP grew by a seasonally adjusted 2.2% in the second quarter, compared with the first quarter, according to the most recent official estimate. The gain reversed a first-quarter decline of 0.3%. Compared with the year-earlier quarter, euro area GDP was up 14.3%. Household final consumption expenditure accounted for the bulk of the quarterly gain.

Vanguard continues to expect GDP to grow by around 7% for all of 2021 in the United Kingdom, with activity unconstrained by significant Covid-19 restrictions for the first time since the start of the pandemic. GDP rebounded in the second quarter compared with the first, up by 4.8%. On a monthly basis, GDP grew by 0.1% in July, after a 1.0% gain in June. Purchasing managers’ index data suggest a continued slowdown in momentum in August, with the service sector responsible for most of the drag. But mobility indicators suggest an August pickup in activity to near pandemic-era highs.

Risks to economic growth remain tilted to the downside in China, though the most recent outbreak of Covid-19 appears under control. Given the highly contagious nature of the Delta variant and the relatively low efficacy of China’s vaccine, the risk of further outbreaks and lockdowns remains elevated. We continue to anticipate full-year economic growth just below 8.5%. Chinese government data shows slowing growth in both industrial production and retail sales. But we anticipate stronger readings in September. August export data were also stronger than expected, helped by a temporary diversion of orders from Southeast Asian nations dealing with Covid-19, and with resilient demand from developed markets for tech and capital goods.

Covid-19 continues to tell a mixed story in emerging markets. Emerging Asia, which we had anticipated at the start of the year to be the strongest emerging region for growth, has been beset by low vaccination rates and – given its many zero-Covid lockdown approaches – a low rate of infection-acquired immunity as well. It has struggled with rising case counts for much of August. Latin America, meanwhile, which was hit hard by the virus around midyear, has continued to see case counts fall in recent weeks. We’re watching for the degree to which some of the world’s more developed emerging markets, such as South Korea, might be able to use their relatively higher vaccination rates to move away from zero-Covid lockdown approaches that can weigh on growth.

Minutes of the US Federal Open Market Committee’s (FOMC’s) 27-28 July meeting suggest the Federal Reserve plans to start reducing the pace of its asset purchases this year. We’ve moved up our view on when such asset-purchase tapering will begin from the first quarter of 2022 to the fourth quarter of 2021. We don’t expect any grand announcement at the Fed’s 21-22 September meeting; we believe the Fed will want to see further strong labour market reports before formalising a tapering plan. (A strong jobs report for July was followed by a relatively weak August report.) The FOMC voted on 28 July to leave the target range for its federal funds rate unchanged at 0%–0.25%.

The European Central Bank (ECB) said on 9 September that it would moderately slow the pace of asset purchases under the Pandemic Emergency Purchase Programme (PEPP), which is scheduled to run until at least March 2022. With about €500 billion still available under the €1.85 trillion PEPP, we foresee fourth-quarter purchases slowing towards €50 billion per month from the current €80 billion per month.

The change came alongside the ECB’s upgrade to its outlooks for both GDP growth and inflation, in both cases moving towards Vanguard’s views. The bank left its main deposit rate unchanged at negative 0.50%. The ECB said net purchases under the Asset Purchase Programme (APP) would continue at a rate of €20 billion per month. Our base case remains that the APP will be expanded to smooth the transition upon the PEPP’s completion, with purchases likely to continue until at least 2023 and rates rising in 2024 at the earliest.

The Bank of England (BOE) maintained the bank rate at 0.1% at its 5 August Monetary Policy Committee (MPC) meeting but delivered a hawkish tone, leading Vanguard to bring forward its projection for rate liftoff. We now expect the BOE to begin to raise the bank rate in the second half of 2022, compared with our previous projection of the first half of 2023. The hawkish tone is related to the bank’s revised inflation predictions.

The bank foresees inflation peaking at 4% by year’s end. The MPC voted to leave the target for the bank’s stock of asset purchases at £895 billion. Vanguard continues to foresee the bank purchasing bonds until around the end of the year. The bank additionally confirmed that it would raise interest rates before it begins to reduce its balance sheet. But it lowered its threshold interest rate at which the balance sheet run-off could start, from 1.5% to 0.5%.

In emerging markets, Peru and South Korea initiated their first hikes of the post-Covid-19 cycle in August, joining Chile, Hungary, Russia, Mexico, Brazil and Turkey. The Bank of Russia’s rate hike on 10 September, from 6.5% to 6.75%, was its fifth in a row and may not be its last.

Vanguard is watching two important developments related to US government funding. The US government is required to authorise spending each fiscal year for the approximately one-third of the federal budget that isn’t authorised automatically. When it doesn’t do so, certain government operations must be shut down. Funding is set to expire on 30 September, the end of the current fiscal year. Congress additionally will soon need to raise or suspend the U.S. debt ceiling. The administration is estimated to be able to pay the nation’s debt obligations only until an unspecified date in October in the absence of a higher or suspended debt ceiling. Vanguard believes that the likelihood of a default on US debt obligations is extremely low, but we’re watching closely given the magnitude of potential consequences of such an event.

We believe the inflationary environment is likely to be more volatile in coming years than we’ve come to expect recently. For us, the consensus is too sanguine about inflation in the United States settling into its pre-pandemic trend of 2% in 2022. In our base case, the core Consumer Price Index (CPI) will come in around or above 3% through the first quarter of 2022, settle back just below 2% for some time, and end 2022 above the Federal Reserve’s target of 2%. Risks to inflation include the potential that current supply-and-demand dislocations prove less transitory than expected and that inflation expectations put upward pressure on actual inflation.

Headline inflation in the euro area is likely to have reached 3.0% in August, according to a flash estimate from the European Union’s statistical agency. Core inflation, which excludes volatile food and energy prices, was estimated at 1.6% compared with a year earlier, higher than the 0.7% reading for July.

With persistent shortages in industrial inputs and the potential for continued run-ups in energy prices, we foresee euro area headline inflation peaking in a range of 3% to 3.5% over the second half of 2021. But we expect both headline and core inflation to fall back to around 1.5% by the end of 2022, as tax changes wash out of year-on-year calculations and input prices decelerate. We don’t expect as large or as persistent an inflation overshoot in the euro area as in the United States, as accumulated household savings are lower in Europe and inflation expectations are well-anchored below 2%.

Headline inflation reached 3.2% in August in the United Kingdom compared with a year earlier, following a 2% year-on-year rise in July. The Office for National Statistics noted that the 1.2-percentage-point one-month increase was the largest in the history of the series dating back to 1997; it also said such a rise was likely to be temporary. Underlying price pressures showed similar strength, with core inflation jumping to 3.1% compared with a year earlier, from 1.8% in July.

The Eat Out to Help Out scheme, which offered restaurant discounts to support businesses emerging from Covid-19 lockdowns, helped drive the August inflation increase. With the continued run-up in global industrial prices, combined with the coming reversal of a value-added-tax cut this month and a stronger consumer demand impulse, we expect headline and core inflation to peak in the fourth quarter at around 4% and 3.5% year-on-year, respectively. We then expect inflation to ease over 2022 as these temporary factors unwind, with both core and headline inflation ending the year just above 2%.

The number of new jobs created in the United States fell to a seven-month low of 235,000 in July. However, Vanguard believes this number belies the actual strength in the US labor market. The three-month average job growth stands at 750,000, and we anticipate average monthly job growth of around 700,000 for the rest of the year given businesses’ significant need for labour, with many potential workers facing the imminent expiration of their pandemic-related unemployment insurance benefits.

The points above represent the house view of the Investment Strategy Group’s (ISG’s) global economics and markets team as of 15 September, 2021