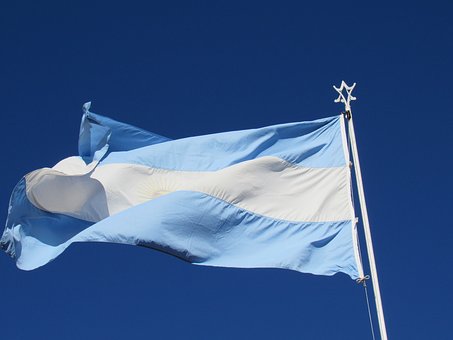 The steep fall in Argentina’s international bonds and stocks following the surprise primary electoral defeat of President Macri could trigger contagion to other Latin American economies and emerging markets (EM) as investors seek to rebalance their positions. But opportunities may also arise in other EM countries caught up in any indiscriminate sell-off. If the opposition wins power in October, it could reverse Macri’s business-friendly policies.

President Macri has lost primary elections in Argentina by a wider-than-expected margin to populist opposition candidate Alberto Fernandez and his running mate (and former President) Christina Fernandez de Kirchner. These elections usually act as a bellwether for the general election which will be held on October 27.

With 93 per cent of the votes counted this morning, Macri received 32.1 per cent of the votes while Fernandez-Kirchner got 47.5 per cent. Macri had introduced tough austerity measures designed to steady Argentina’s beleaguered economy but Sunday’s vote has sent a clear message that Macri’s policies are not acceptable to voters. With nearly 15 percentage points between the two candidates, Macri’s chances of defeating Fernandez in the presidential poll now look slim.

Argentina is currently in recession and the peso has halved in value against the US dollar since last year. The country has one of the highest inflation rates in the world, though inflation had recently fallen after hitting a high of 57.3 per cent in May. Markets had hoped Macri’s business-friendly reforms would encourage inward investment in Argentina. However, the latest election results indicate the country may now return to policies such as currency and capital controls, restructuring of debt and an increase in subsidies.

Indeed, markets are already anticipating a win for Fernandez with USD bonds down by 17-20 percentage points. Long-end Argentina bonds are pricing in recovery values in the high 50s in the event of default. The Argentine peso dropped at the opening on Monday by about 30 per cent and at the time of writing is trading at around 59 pesos to the US dollar, with the central bank currently not intervening to shore up the currency. We therefore expect the sovereign dollar yield curve to remain inverted, as markets are heavily positioned in Argentina US dollar bonds.

The role of the International Monetary Fund (IMF) under a potential Fernandez-Kirchner government will also come under scrutiny. It is likely that a new Argentine government will approach the IMF with the aim of restructuring the country’s debt. This will come a year after Macri negotiated the biggest bailout in IMF history at $57 billion, with accompanying conditions that led to austerity.

We expect markets to focus on when and how a potential Fernandez-Kirchner government will announce new controversial measures, reversing Macri’s reforms. Regardless of the timing of any official announcements, markets will be pricing this in prior to the elections on October 27. As a result, investors should keep a close eye on any political developments in the next few months and consider whether they can bear the associated risks. If concerns around Argentina spill over into the EM asset class more generally, this could create opportunities for nimble investors in countries with no connection to this electoral process or outcome.