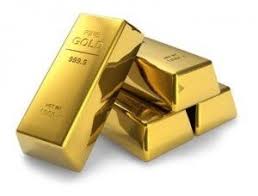 US equities fell on Friday, after news that the US may limit Chinese company listings on its stock exchanges fueled the US-China trade worries ahead of the critical October negotiations. Bloomberg reported that ‘Trump administration officials are discussing ways to limit US investors’ portfolio flows into China’ either by delisting the companies such as Ali Baba, or by limiting the US exposure to the Chinese market via government pension funds. Such move would not only have a tremendous impact on billions worth of investment, but it could also raise the risk of retaliation from China, which has recently removed the quotas for foreign investors in an effort to open its economy.

But this could be just a rumour. A US Treasury officer said that they have no plans to limit Chinese companies from listing in the US exchanges ‘at this time’.

US and Chinese officials are scheduled to meet in early October to discuss a trade deal. The outcome of this month’s meeting remains very unpredictable as clashing news hit the headlines on daily basis. Donald Trump had recently said that a deal could be sealed sooner than what everyone thinks.

Gold fell 0.36% to $1491 an ounce. Further advance in US equities could continue pressurizing the yellow metal downwards, as the 40-day negative correlation between the S&P500 and gold has risen during September to reach 57% on Friday’s close. On the other hand, the speculative long positions in gold reached the highest levels in more than three years during the week to September 24th, according to the latest CFTC data. This means that there is a good potential for a further dwindle in gold prices.

Shanghai’s Composite failed to follow up on its early session gains after Caixin’s PMI showed a faster expansion in manufacturing activity in September.

Tear gas, rubber bullets, petrol bombs, violence and fire. Protests in Hong Kong overwhelmed the city’s streets for the seventeenth consecutive weekend. Hang Seng gained timidly as most investors had already trimmed their exposure to Hong Kong stocks before the weekend. But the week is not over. There is a mounting anxiety among investors as the October 1st celebrations of the 70th anniversary of the Chinese Communist Party could further inflame protests in the city and shatter whatever is left of investor appetite.

The US dollar gained against most G10 currencies in Asia and the US 10-year yield kicked off the week a touch below 1.70%.

Japanese equities led losses in Asia. Nikkei (-0.54%) and Topix (-1.02%) declined, as the industrial production in Japan tanked 1.2% in August, versus -0.5% expected and +1.3% printed a month earlier. Soft data failed to revive hopes that additional monetary stimulus from the Bank of Japan (BoJ) would do any good to the economy shaken by trade disruptions and an increasingly depressed investor mood.

A similar story hit the New Zealand dollar at the start of the week. The Kiwi nosedived as the business confidence deteriorated in September following an unprecedented 50 basis points cut from the Reserve Bank of New Zealand last week.

The euro remains under a decent downside pressure below the 1.0960 handle. A large 1.0900 put expiry today keeps investors alert on a potential move below this level – which could trigger stops and accelerate the sell-off, as the single currency remains highly vulnerable to weak economic data. Due today, German retail sales may have improved by 0.5% m-o-m in August, versus the frightening 2.2% decline printed a month earlier. But the German consumer price inflation may have eased from 1.4% to 1.3% y-o-y in September, as a result of a disquieting contraction in manufacturing activity and a deteriorating sentiment amid trade disruptions and slowing global demand have taken a toll on the Eurozone’s growth engine. A move below.

In the UK, Prime Minister Boris Johnson said he won’t resign even if he fails to get the Brexit done by October 31st. The pound gave back half of September gains against the US dollar. The pair hit 1.2272 on Friday, the 50% retracement on September rebound, and a further decline to 1.2198, the major 61.8% retracement, is plausible.

Data-wise, the final second quarter GDP read is due today. The UK’s gross domestic product is expected to have contracted 0.2% in the second quarter, due to a mixed bag of factors including the global economic slowdown caused by the US-China trade disruptions, and of course the Brexit, which left businesses in a no man’s land for a twelfth quarter.

The rapid pound depreciation onboarded more investors to the UK’s relatively cheapened blue chips. The FTSE 100 rallied past the 7400p mark and closed 1.02% up on Friday.

FTSE futures remained flat at the start of the week, hinting at a neutral open in London. Cheapening pound will likely give support to the FTSE near the 7400p.