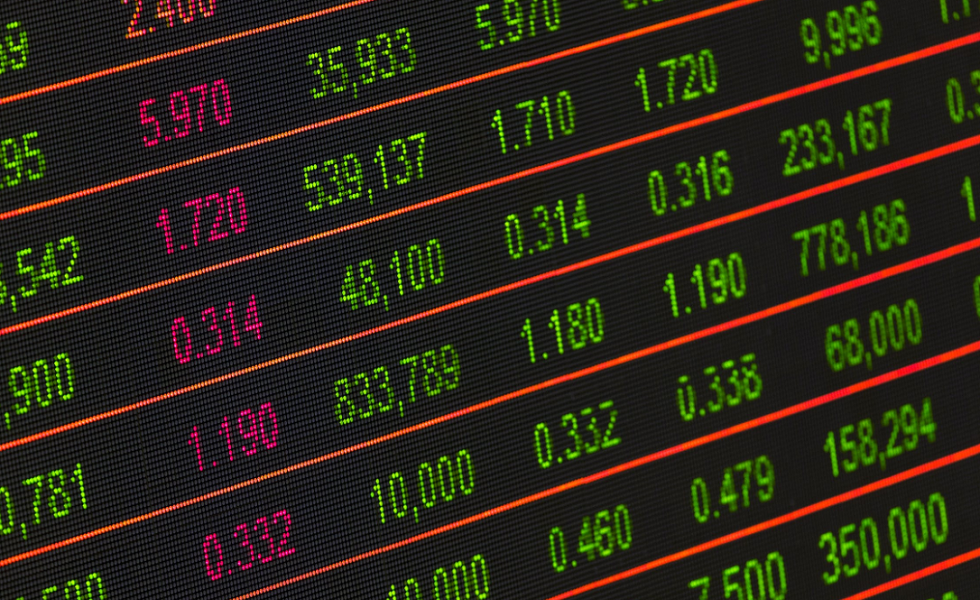 After selling off in recent weeks, risky assets have managed to stop the rot over the past week, with global equities edging higher. We made no changes to our multi-asset model portfolio, which still has moderate ex-ante risk exposure relative to its neutral position.

Core inflation in the US increased by a higher-than-expected 0.6% month-on-month, with shelter and housing continuing to exert upwards pressure and in turn put pressure on the Fed to carry on along its hawkish path. The improvement in US small business optimism and consumer sentiment as measured by the University of Michigan helped to relieve some of the market’s anxiety. Nevertheless, the Sentix measure of investor sentiment in the Eurozone fell by more than expected from -31.8 in September to -38.3 in October. US 10-year yields rose by 11bps and German 10-year yields fell by 3bps.

The markets were driven by three main events over the past week. The first was the higher-than-expected inflation reading in the US, which sent equities on a roller-coaster ride last Thursday. The second was the U-turn in UK fiscal policy, with most of the previously announced tax cuts reversed. This improved market sentiment. The final driver was the start of the earnings season.

In China, the 20th party congress began against a backdrop of deteriorating growth. China’s Caixin PMI Services index fell into contraction territory in September. Broad credit, as measured by total social financing, rose by more than expected to RMB 3.53 trillion in September, up from RMB 2.43 trillion August), with outstanding loan growth rate continuing its upwards momentum. The opening of the congress was largely ideological in nature but revealed several policy priorities such as national security, science education and law-based governance. The zero-Covid policy was not explicitly referred to, but the easing of quarantine restrictions and expansion of international flight routes indicate that reopening is continuing.

Earnings reports so far have mainly come from the financials sector. On balance, investors have reacted well to these results as they have been better than feared. Of course, expectations had already been managed down. Lending businesses have performed well, helped by higher interest rates leading to higher interest income. However, banks are preparing for worse times ahead by increasing provisioning for future loan losses. Finally, activities directly linked to financial markets, such as asset management and investment banking, have seen a marked decline in revenues.

The next two weeks will be dominated by corporate results and will give us a better view of the impact of macroeconomic and market turbulence on revenues and margins. The Q3 consensus for the S&P 500 currently stands at 2.3% net profit growth and almost 10% revenue growth. We believe that 2023 estimates will fall further from their current 7.5%. As the economy slows, companies will find it more difficult to pass on rising input costs, while margins, which are still at historically high levels, will come under increasing pressure. For European companies we expect earnings declines of up to 10% in 2023 as our base case is for a recession in Europe.

We maintain our moderate underweight in equities as the combination of tight monetary policy to fight inflation with a slowdown in growth is not usually a helpful combination for stocks. Historically, markets have only bottomed when monetary policy has passed its peak.

This moment has not arrived yet: we need to see a cooling of the labour market and more evidence that inflation is on a sustained downwards trend. Neither is the geopolitical backdrop helping, with the introduction of controls by the US on technology exports to China illustrating the tensions between the two countries.

There is one silver lining, though: investor sentiment is very bearish, as illustrated by the bull-to-bear ratio and the latest fund management survey. This may act as a buffer and might even lay the ground for a bear-market rally if data comes in in line with or better than expectations.

Still neutral in fixed income but with a bearish outlook

Recent US jobs and CPI data are pointing to a very tight labour market and a further broadening-out of inflationary pressures. We prefer to stay neutral for now as the market is trying to work out whether emerging liquidity and systemic risks might prevent central banks from continuing with their very restrictive monetary policy.

For example, some headlines are suggesting that the Bank of England might not proceed with active selling of the bonds it bought as part of its QE programme to avoid further market problems. This could lead to market participants expecting other central banks to follow suit.

We do not expect the Federal Reserve or ECB to backtrack on their recent hawkish communications, although some central bank spokespeople have been voicing their concerns about the potential negative impact of continued tightening on market conditions.

We still have a bearish outlook for credit, but we prefer to wait until we have greater conviction that central banks will remain hawkish. Nevertheless, we believe that stronger signs of a slowdown in global growth and sharply increased refinancing costs for corporates warrant a further widening of credit spreads in developed markets. This implies that we still have a bearish view on US high yield and consequently hard-currency emerging sovereigns from a correlation perspective.

We are less bearish on local emerging-market rates as central banks in emerging markets seem to have finished their much-needed tightening and emerging-market inflation seems relatively stable overall. However, it’s still far too early to expect yields and credit spreads to come down – for that to occur there needs to be a real change in central banks’ narratives rather than just speculation.

Commodity prices fell over the past week, with industrial and precious metals outperforming and energy underperforming. However, we have become more positive on energy for two reasons.

First, blasts at both Nord Stream 1 and Nord Stream 2 have led to expectations that there will be no flows from Russia over the winter. Russia has also hinted that it may reduce or stop gas flows via the Ukrainian route as well. European gas prices initially rose on the news of gas leaks at Nord Streams 1 and 2. However, they went on to fall dramatically with gas inventories having risen to over 90% of capacity, well above the minimum target of 80% by the end of October.

Nevertheless, markets are still nervous about potential shortages in the event of an increasingly likely continued full cut-off of Russian supply and a colder-than-normal winter, which would also create difficulties for next winter. Meanwhile, on 5 October OPEC+ decided to cut production by a higher-than-expected 2 million barrels per day from existing baselines, starting in November.

The next meeting will be on 4 December. In response, the US may release additional Strategic Petroleum Reserve (SPR) barrels or introduce the No Oil Producing and Exporting Cartels (NOPEC) bill.

An Iranian nuclear deal has become less likely recently on Tehran’s hard line regarding the international investigation of undeclared nuclear activities, indicating that the 1-2 million barrels per day of Iranian oil supply will not come back to the market soon. The G7 wants an oil price cap for Russian oil to limit the revenue stream for Russia to be in place by 5 December when the EU ban on crude imports from Russia comes into force.

At the same time, it wants to prevent any inflationary impact from dislocated Russian oil and for Russia to continue to supply oil to the world markets, albeit at discounted prices. Proposing an oil price cap runs the risk that Russia will unilaterally decide to cut supply.