BlueBay AM: As the temperature rises...don't let your Lagarde down

BlueBay AM: As the temperature rises...don't let your Lagarde down 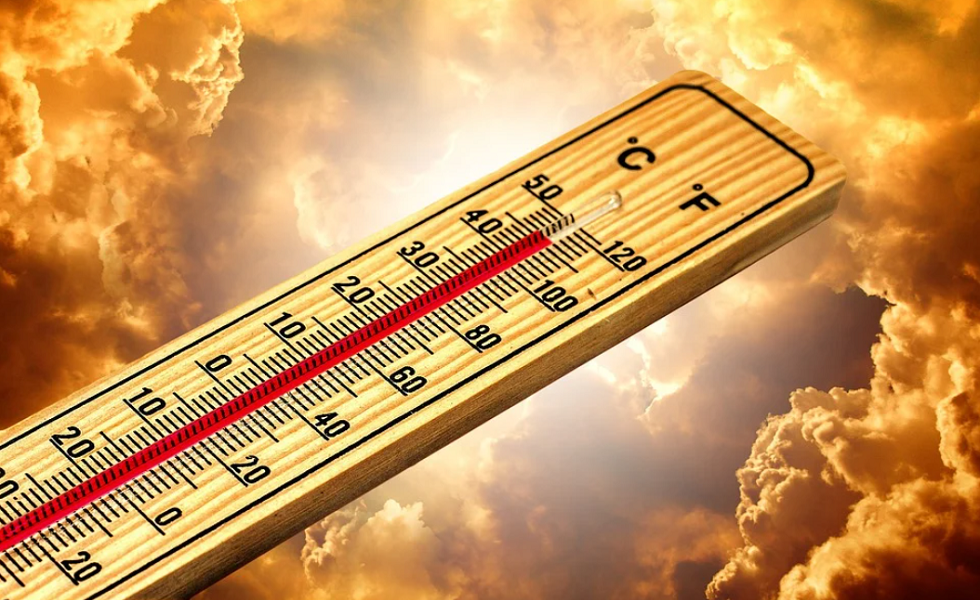 Whether we think about geopolitics in Europe, internal politics in Italy or the UK, or how markets are behaving week to week in thin summer conditions, there are fires springing up everywhere. Last week, it felt like the financial markets were falling apart in the wake of the higher-than-expected US CPI report.

This week, we have had another serious deterioration in the political landscape with the resignation of Mario Draghi in Italy and the prospect of messy early elections. Despite this, markets have traded with a better tone and with core rates calmer, risk assets have bounced back.

The ECB meeting provided another hawkish surprise, delivering a 0.50% rate hike versus 0.25% expected (demonstrating how little forward guidance counts for in this inflation-driven new world) and lifting Europe out of negative interest rates. It did soften the blow by commenting in the subsequent press statement that the intention is to frontload tightening, providing some comfort that the terminal rate may not need to rise materially.

The ECB also provided detail on the new anti-fragmentation tool, the “Transmission Protection Instrument” (TPI). As the ultimate backstop, it is impressive, as it allows for unlimited intervention in any Eurozone country, completely at the discretion of the Governing Council.

However, as is always the case, the devil is in the detail, and at the time of writing there is still plenty of ambiguity on the actual deployment of this tool, so it is doubtful that this is enough to prevent further widening of Italian sovereign spreads if the political situation continues to deteriorate there.

Staying with Europe, the resumption of flows through the Nord Stream gas pipeline has provided some relief and a positive tailwind. For now, the worst-case scenario has been avoided, but this could very well be a temporary reprieve.

We have little doubt that Putin will continue to play games with Europe as he tries to manoeuvre himself into a winning position in Ukraine. The executive summary is that instability and uncertainty reign supreme at this particular moment and we remain very cautious. Staying out of the firing line as much as possible and keeping powder dry feels the prudent approach for now.

Focusing on the US: last week, the market moved to price a turbo-charged 100bps hike from the Fed in the wake of a nasty inflation report. Volatility spiked but Fed policymakers (Waller and Bullard) were quick to step in and cool things down with a material push back against such an extreme move. The front end of the US yield curve has moderated significantly and currently is priced for a 75bps hike at next week’s FOMC meeting.

The more benign behaviour in core rates and calming rhetoric from the Fed has been the main trigger for equities and credit to trade with a positive tone. We are currently unexcited by the opportunities presented by the US yield curve, and although we remain biased to see higher yields in the US, given general uncertainty and an array of crosswinds, we are content to be on the sidelines for now.

We are full of analogies this week, and when we think of what is going on in Italian politics, it’s hard not to think about Humpty Dumpty. Mario Draghi’s fragile coalition of left and right political parties has fallen apart, and although he continues to command a majority in parliament, he appears to have had enough of the drama. He won’t head up a government without support from the left and the right, but as it stands, parties from both the left (5 Star) and the right (Lega or Forza Italia) are declining to re-join the coalition.

The situation is fluid, but it has become increasingly likely that the country will be forced into early elections in the autumn. This complicates the formation of a budget, the release of European recovery funds, and unity in dealing with the energy crisis gripping Europe. The architecture of the Italian electoral system, in fact the entire Italian political arrangement, is currently not fit for purpose and does not invite any confidence that an election will result in a stable government.

Currently, the right-wing party, Brothers of Italy, are leading in the polls, and the most likely election outcome is a right-wing coalition involving Brothers, Lega and Forza. But even this combination does not get above 50% of the vote on current polling. The famous US marine slang ‘SNAFU’ adequately sums up our view of the state of Italian politics.

So far, the moves in the Italy spread have been fairly muted – it has only widened by around 20bps and the turmoil has had limited impact on the more general positive risk tone in markets. This is mainly because of anticipation building that Madame Lagarde and the ECB will ride to the rescue with the much-heralded ‘Anti Fragmentation’ tool. We are pleasantly surprised that the ECB has been able to get the Transmission Protection Instrument (TPI) over the line, but there are still too many open questions on how this new tool will be deployed.

We are modestly short of Italy and still see the balance of risks skewed to a test of the ECB’s resolve.

The temperature in the UK has been elevated in the last week, in more ways than one. The Tory election process has been underway and a field of candidates has been whittled down to just two: Rishi Sunak, the former Chancellor of the Exchequer (who would be our favoured choice) and Liz Truss, the current Trade Minister (who is a clear favourite to take the keys to Number 10).

Taking their election pitches at face value, the main difference between the two is fiscal discipline and a responsible “grown-up” economic policy mix of Sunak, contrasting with promises of aggressive tax cuts and threats against the independence of the Bank of England from Liz Truss. It’s no surprise, then, that Truss is currently heavily favoured to win and become the next UK PM.

We stay negative on the outlook for UK assets, anticipating fiscal indiscipline, a weak and divided Bank of England and continued toxic politics. SNAFU!

We take pride in our ability to assess which way the wind is blowing when it comes to analysis of macro-economic fundamentals and the policy setup. Right here, however, we are struck by how opaque and unsettled the macro landscape is.

Over the medium term, we hold to the view that the second half of the year will be more positive than the first, but right now it is prudent to be cautious and we wait until the outlook clears and opportunities become more apparent.

We are in the mode of simplifying the book; keeping powder as dry as possible until the outlook begins to clear is a strategy that should pay dividends. In the meantime, keep cool and good luck.