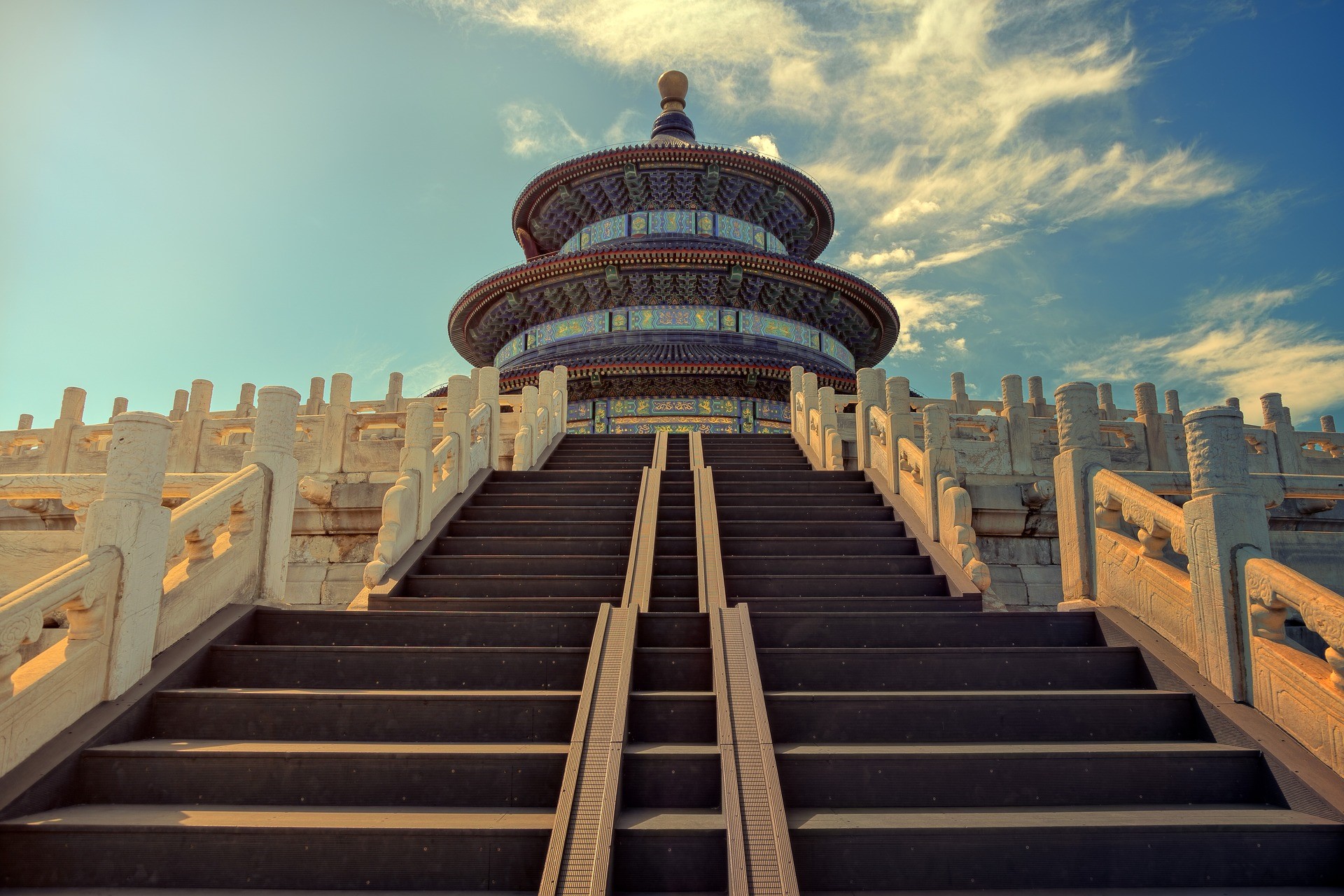 Vanguard expects the pace of growth in the United States to slow a little in the second half, but remain strong as positive health outcomes drive a broader reopening of the economy. Income support from enhanced unemployment insurance and fiscal stimulus is helping to drive spending in a second quarter in which growth could approach double digits.

We continue to foresee full-year growth of at least 7%. Real gross domestic product increased at a seasonally adjusted annual rate of 6.4% in the first quarter, according to the second estimate by the US Bureau of Economic Analysis.

GDP in the euro area declined by 0.3% in the first quarter, the European Union’s statistical agency reported on 8 June, slightly less than the 0.6% decline registered in a flash estimate on 18 May. On top of a revised contraction of 0.6% in the fourth quarter of 2020, the figure confirms a pandemic-induced double-dip recession. Diminished household spending as virus-related restrictions remained in place contributed a negative 1.2 percentage points to the GDP readings.

High-frequency indicators point to a substantial bounce-back in the second and third quarters, however, driven by a rebound in consumption as restrictions on activity are gradually lifted. We foresee full-year growth around 5% and GDP reaching its pre-pandemic level in the first half of 2022.

A four-week delay in the full reopening of the economy in the United Kingdom doesn’t materially affect Vanguard’s view for full-year growth around 7%. The government announced on 14 June that the lifting of all remaining restrictions originally scheduled for 21 June would be delayed until 19 July. The delay because of a recent increase in Covid-19 cases attributed to the “delta” variant extends capacity limits for sports venues, pubs and cinemas, and leaves nightclubs closed.

UK GDP declined by a less-than-expected 1.5% in the first quarter compared with the fourth quarter of 2020, the Office for National Statistics estimated. The monthly estimate for April showed a 2.3% increase in activity, the third straight month of growth and the fastest monthly growth since July 2020.

Data released on 16 June reveal a slower-than-expected economic rebalancing in China, leading Vanguard to cut its full-year growth forecast from 9% to just above 8.5%. We’ve previously stated our expectations for a rotation in growth drivers toward consumption, and the latest data confirmed that such a rotation was underway. The pace of growth in both exports and investment moderated, as expected, but consumption growth, as measured by retail sales, was weaker than expected at 12.6% in May compared with a year earlier.

The US Federal Open Market Committee (FOMC) voted at its June meeting to leave the target range for its federal funds rate unchanged at 0%–0.25% and its bond-buying programme unchanged.

A survey of FOMC members, however, suggested the Fed now foresees the timing of its first post-pandemic rate hikes in 2023, rather than in 2024 as per the previous survey, in March. And Fed Chair Jerome Powell said in a news conference after the announcement that it was time to retire the often-used phrase that it was “too early to talk about talking about” slowing the pace of the Fed’s asset-purchase program.

The European Central Bank (ECB) left its key rates intact at its June policy meeting, holding its main deposit rate unchanged at negative 0.50%. The ECB Governing Council said it “expects the key ECB interest rates to remain at their present or lower levels until it has seen the inflation outlook robustly converge to a level sufficiently close to, but below, 2% … and such convergence has been consistently reflected in underlying inflation dynamics”.

The Bank of England maintained its bank rate at 0.1% at its May Monetary Policy Committee meeting and left its target for government bond purchases unchanged at £875 billion, but signalled that it would slow the pace of its purchases from £4.4 billion a week to £3.4 billion a week. The decision to slow purchases doesn’t represent a tightening of monetary policy, however, as the BOE is still adding to its balance sheet. We expect the BOE to complete its asset purchases by the end of the year and to raise the bank rate only in the first quarter of 2023.

Vanguard expects the People’s Bank of China to continue its strategy of gradual policy normalisation through tools other than outright hikes in the key interest rate. Top policymakers in China emphasised at a recent Politburo meeting that there wouldn’t be a “sharp turn in policy” as economic recovery continues.

Inflation dynamics and rising US interest rates have constrained an accommodative bias for central banks in emerging markets, where economic growth remains below potential. The Bank of Russia raised its key interest rate by 50 basis points, to 5.5%, on 11 June. In its third straight policy announcement signalling a rate hike, the bank noted that the “balance of risks has significantly shifted toward pro-inflationary ones”.

Brazil and Turkey have also raised key interest rates in recent months, and Hungary and the Czech Republic may be poised to do so in coming months as price increases accelerate.

Inflation
Inflation figures have risen sharply recently in the United States, a function of strengthening demand for goods and services as vaccination rates increase and the economy more fully reopens. Supply hiccups in certain industries have contributed as well. Vanguard continues to see supply and demand elements driving the price rises as transitory.

We expect headline and core inflation figures above the Federal Reserve’s 2% target in the medium term, with price rises moderating toward the end of the year, leaving our monetary policy forecast intact. Vanguard watches the core Personal Consumption Expenditures Price Index (PCE) most closely, as it is also the Federal Reserve’s preferred measure for evaluating inflation in its assessment of monetary policy.

Headline inflation rose to 2.0% in the euro area in May on an annual basis, up from 1.6% in April, the European Union’s statistical agency reported on 17 June. The rise on a month-to-month basis was 0.3%. Energy prices, up 13.1% compared with May 2020, once again accounted for the bulk of the gain. Core inflation, which excludes volatile food and energy prices, rose 1.0% compared with a year earlier.

We expect to see upward pressure on inflation owing to the reversal of a value-added tax cut that Germany instituted last year, supply-chain bottlenecks and an increase in demand as economies reopen. But we don’t expect the increase to be as high as in the United States because demand will be softer. We expect headline inflation to rise above 2% in the second half of the year, but core inflation to stay in a range between 1% and 1.5%.

Headline inflation grew by 2.1% in May in the United Kingdom compared with a year earlier, following a 1.5% year-on-year rise in April. Rising prices for clothing, motor fuel, recreational goods and food and drink consumed outside the home drove the gains. Core inflation, which excludes volatile food and energy prices, rose by 2.0% in May compared with a year earlier.

The underlying UK inflation story is similar to that of the euro area, with the recovery to be led by a substantial rebound in consumption in the months ahead, though not to the degree we expect in the United States. Vanguard expects headline inflation above 2% in the second half of the year, with core inflation close to the Bank of England’s 2% target.

Consumer prices in China fell by 0.2% in May compared with April and rose 1.3% from a year earlier as demand remained weak. We foresee China’s consumer price inflation around 1.5% for the full year, well below the People’s Bank of China’s 3% inflation target.

A disinflationary trend in parts of Asia has disappeared, leaving inflation in emerging markets newly synchronous. Upticks in inflation have been recorded recently in China, Indonesia, the Philippines, and India, with inflation in other regions largely rising to above its pre-Covid pace.

A gradual labour market recovery continued in the United States in May as 559,000 non-farm jobs were created and the unemployment rate fell to 5.8%. Employment gains fell short of estimates for a second straight month as momentum slowed in the leisure and hospitality sector, suggesting labour supply constraints, cautious employers, or both. We foresee the US unemployment rate falling back toward 4% by year’s end.

Unemployment in the euro area fell to 8.0% in April from 8.1% in March on a seasonally adjusted basis, with furlough schemes such as the European Union’s SURE programme (support to mitigate employment risks in an emergency) continuing to support employment. The unemployment rate was 7.3% in March 2020, near the start of the Covid-19 pandemic.

The unemployment rate in the United Kingdom fell to 4.7% in the three months ended in April, down from a revised 5.0% in the quarter ended in March. Vanguard expects employment to be supported by the extension of the Coronavirus Job Retention Scheme to September as part of the UK’s recently announced budget.

The points above represent the house view of the Investment Strategy Group’s (ISG’s) global economics and markets team as at 17 June 2021.