BlueBay AM: Germany rules against the ECB

BlueBay AM: Germany rules against the ECB 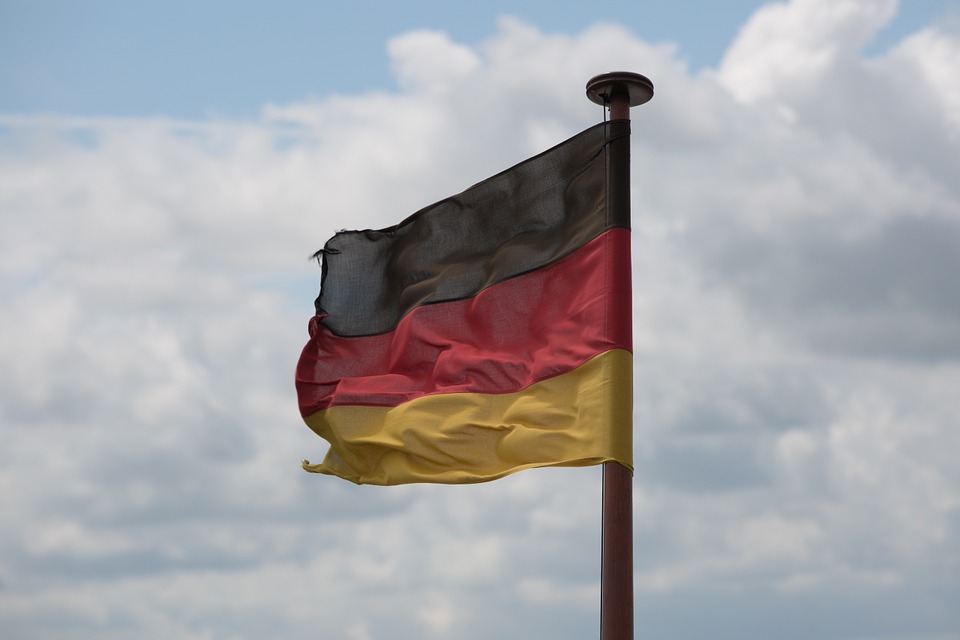 Mark Dowding, CIO at BlueBay Asset Management, has issued his latest market insight in which he discusses the potential for lockdown lifts, the impacts of the German Constitutional Court’s ruling against the ECB, the merits of high-quality investment grade-rated assets and the proven adaptability of societies to respond to change

·         Hopes of ending lockdowns may be overly optimistic: Depressing economic newsflow has been largely overlooked in the past week, with investors trying to look through data on growing hopes that the lockdown period is coming to an end. Headlines have added to the sentiment that we may be returning to ‘normal’ in the weeks ahead. BlueBay hope such projections may be proven right, though for now it seems too early to jump to conclusions, and we believe everyday life will continue to be impaired for an extended period

·         Germany rules against the ECB: The ECB won’t be bound by the German Constitutional Court (GCC), though its ruling could lead to fears that it won’t be in a position deliver on its claim to do ‘whatever it takes’.

o   Yet, BlueBay believe that the ECB can and will buy bonds in unlimited quantity if it is pushed to a point where it feels it needs to, and that the Eurosceptics will be proven wrong

·         Investment Grade bonds: BlueBay continue to believe that high-quality investment grade-rated assets should outperform on the back of ECB and Federal Reserve purchases, whilst we retain a more cautious stance with respect to lower-rated credit

·         Policy intervention: BlueBay retain quite a downbeat view on the pace of economic recovery, though this is offset by a more upbeat view with respect to policy intervention, which should help to support and inflate global asset prices over time

While the recovery outlook remains downbeat, we’re maintaining a constructive mindset as the EBC still looks capable of doubling-down on its commitment to keep the EU together, despite data mavericks across the Channel flaunting their own advice.

Depressing economic newsflow has largely been overlooked in the past week, with investors trying to look through data on growing hopes that the period of lockdown is coming to an end.

This week’s US labour market report is expected to show a record 20 million job losses in the past month, as the unemployment rate jumps above 15%, with the economy having ground to a halt. In many respects, global data releases are currently so bad that they barely register much consideration with investors for the time being.

However, it is increasingly clear that there will be a long journey ahead before output returns to end-2019 levels. That said, hopes that recent tentative steps to re-open economies is not leading to a second wave of infections (thus far) has been a cause for some optimism.

Headlines announcing that, in countries like Germany, football matches will be re-starting and beer gardens will open, have also added to the sentiment that life will start to return towards ‘normal’ in the weeks ahead of us.

We hope that such projections may be proven right, though for now it seems too early to be jumping to conclusions. Realistically, it strikes us that everyday life will inevitably be impaired for an extended period.

Meanwhile in the US, where an inconsistent approach continues to be taken by neighbouring states, we are concerned that optimism in the fight against the virus may be premature – notwithstanding the messages emanating from the White House.

Germany rules against the ECB

In Europe, the ruling of the German Constitutional Court (GCC) finding against some aspects of the ECB’s asset purchase programme was an additional source of concern over the past week. In many respects, this outcome can be viewed as more symbolic than substantive, with the most concerning element being a national court adopting a position in contradiction to the European Court of Justice.

The ECB itself won’t be bound by the GCC, though its ruling could serve to embolden hawks on the Committee and lead to fears that it won’t be in a position to deliver on its claim to do ‘whatever it takes’.

In the past week or two, the ECB has been stepping up its PEPP bond purchases with a clear skew towards the periphery, as it seeks to prevent yields from rising. However, spreads remain close to their wides and it seems likely that the action of the GCC will mean that the ECB needs to act even more decisively if they are to deliver on this objective.

As we have noted in the past, many Anglo-Saxon investors are deeply Eurosceptic and believe that the European single currency should be destined to fail.

In this context, the extent of recession in the region and the lack of solidarity being delivered is giving the bears ample opportunity to speculate on such an outcome – and arguably, in the absence of ECB intervention, we could have already reached the point where monetary union would have become untenable.

However, it is for this very fact that we remain very confident that the ECB will double down on its commitment as we see no desire or gain to be had by allowing the EU to come apart at the seams. In this context, we believe that the ECB can and will buy bonds in unlimited quantity if it is pushed to a point where it feels it needs to do so.

Consequently, we believe that it remains appropriate to have a mindset of adding exposure in the periphery on dips, looking for signs that Euro-pessimism has reached an extreme.

Elsewhere, the past couple of weeks have seen corporate bond spreads drifting wider, even as equities continue to hold up relatively well. Heavy new issuance continues to weigh on spreads in the secondary market, while in the Eurozone, generic weakness in the periphery has also added to relative underperformance.

It is tempting to think that some of the ‘easy money’ was to be made in the recovery in corporate credit at the end of March and early April and we have since entered into more of a consolidation phase.

However, we continue to believe that high-quality investment grade-rated assets should outperform on the back of ECB and Federal Reserve purchases, whilst retaining a more cautious stance with respect to lower-rated credit.

EM FX continues to drift weaker, with the Brazilian real and Turkish lira two of the notable underperformers on the week. However, EM credit and rates continue to find more support on a relative basis and we believe that this trend has scope to continue.

Developments with respect to the virus and the path out of lockdown are likely to dominate markets for weeks to come. Broadly speaking, we retain quite a downbeat view on the pace of economic recovery, though this is offset by a more upbeat view with respect to policy intervention, which should help to support and inflate global asset prices over time.

It strikes us as unlikely that there won’t be second waves of infections or another dip in risk sentiment at some point. Nevertheless, we continue to keep an open mind, as we know that the path of the virus remains highly uncertain.

If we were to adopt a more constructive mindset, one observation we would reflect on is how many societies have demonstrated a remarkable ability to be flexible and adaptable in recent months.

Prior to the onset of Covid-19, it is tempting to think that many would have been cynical that lockdown restrictions could be effectively imposed on Western societies and many would have thought that life simply could not have carried on under current circumstances. Yet we have seen in recent weeks an ability to be resilient and to endure and adapt to our changed circumstances, which would have proven many cynics wrong.

In the same way, it may be that as lockdown is eased, many who are currently too scared to leave their homes may change their attitudes quite quickly if a second wave of infections does not materialise. In this way, it is possible that where there was too much complacency with respect to the coronavirus when it emerged at the start of the year, there could yet be too much pessimism around its impact today.

This may still seem to be more of a bullish scenario than a central view, yet we would be foolish to try and pretend that we have all the answers at this point.

Mind you, not as foolish as mister pants down, UK science advisor Neil Ferguson, caught breaking his own advice to lockdown, just so that he could hook up.