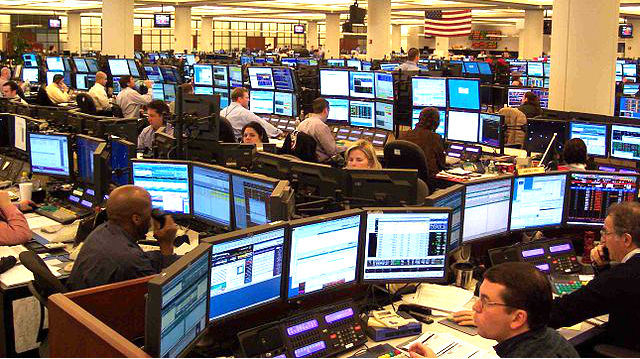 European shares have opened modestly higher with US futures pointing to an advance on Wall Street. In forex markets the British pound is making the biggest gains while the Chinese yuan is lower. Gold prices are a touch lower, while oil prices are flat.

A shock interest rate cut by the Chinese central bank was welcomed in equity markets Monday morning. Shares in Asia reversed early losses when the PBOC cut 7-day repos by 5bp to 2.50%, though gains were muted. Nobody is quite ready to say this is China pressing the pedal to the metal on stimulus. It can be taken as simply another positive sign Beijing will act against slowing growth. Against a backdrop of more escalation in the protests in Hong Kong, we remain cautious on the region, especially Hong Kong.

One way to interpret the monetary easing in China is that the country is feeling the economic heat from the trade war with the US. If China wants to ease the short-term economic pain, lower tariffs via a phase one trade deal would go a long way. Optimism that a partial trade deal can done largely explains the rally in US equities that took the Dow Jones to 28,000 for the first-time last week. “Constructive discussions” in a phone call between the two sides over the weekend continues the positive mood music about a phase one deal. Larry Kudlow was credited with the gains that sent the Dow over 28k after saying the phase one trade deal is coming down to the short strokes. As things stand, the Dow is set to hold above the 28k level at the open.

Pound rises as all Conservatives back Boris’ Deal

All 634 Conservative candidates in the coming December 12 election have pledged to back Boris Johnson’s deal. In the narrow context of this election, if all candidates are promising to back the deal, it makes it more believable that Boris can “get Brexit done”. The general take in markets is that a Conservative majority offers relatively more certainty on both Brexit and on business matters than Labour.

The plan is for the oil giant to sell 1.5% of the company a price of 30 to 32 riyal. The size of the Aramco IPO will be close to the $25bn raised by Alibaba in 2014. The valuation is short of the 2 trillion value sought by Saudi Crown Prince. Foreign investors just weren’t willing to pay up to give MbS his blockbuster. A valuation above $1.5 trillion seems to be where foreign demand dried up so under current plans, shares will be taken up by mostly domestic investors. Assuming the IPO moves ahead at this price range, it will succeed at the goal of raising funds for Saudi Arabia to diversify away from oil. It won't be the big draw of outside money into Saudi Arabia that it could have been.