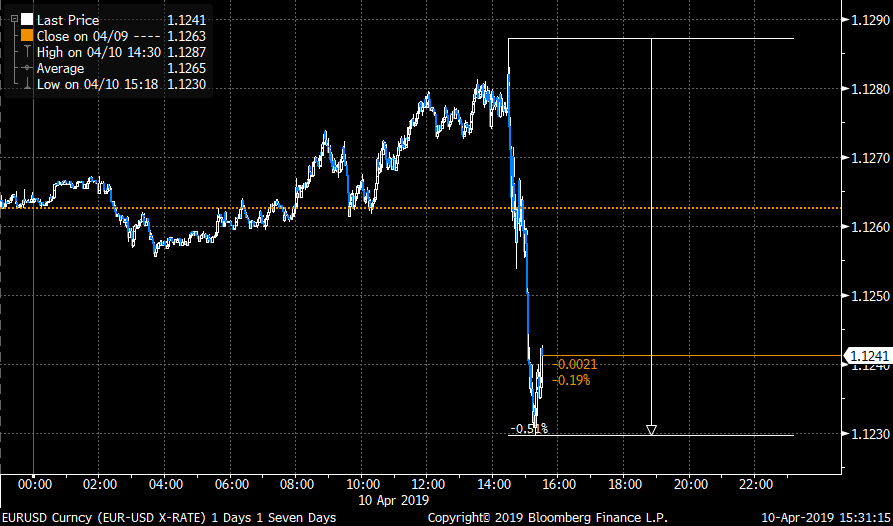 Onderstaand de volledige analyse (Volatility in the repo rate is not a sign of imminent crisis) van hoofdeconoom Vincent Reinhart.

‘The US repo rate rarely receives as much attention from the financial markets and media as it has lately. The reason is that the repo rate briefly spiked to 10 percent on September 17. Such increases have not been seen since the financial crisis.

‘The repo market works by one bank selling securities to another bank with an agreement to buy them back the following day. This allows banks to quickly access liquidity. A rise in the repo rate may be a sign that banks will not lend to each other. The spike led to speculation about a possible systemic problem in the financial system as in the financial crisis: were banks in trouble?

‘I don't think there is evidence for this. It is more likely to be due to several coincident events. After injecting liquidity in abundance into the banking system for a decade, the central bank has been shrinking its portfolio holdings gradually for the past two years, reducing the amount of reserves. However, in the same mid-September week that US corporates paid billions in taxes the US Treasury received the proceeds from a few large auctions of securities. This swelled the Treasury account held at the Federal Reserve by $200 billion and drained a like amount from the accounts of the banks that paid out the funds. Banks wanted to hold more reserves than the Fed was providing and, in the scramble to get them in the money market, the repo rate spiked.

‘Recently, Chair Jerome Powell admitted it is unclear what level of reserves is needed to keep the repo rate volatility muted. But this is not news, as there has always been an element of trial and error in getting the right balance between supply and demand.

‘Volatility shows that the central bank may have misjudged the situation, although they dealt with the problem relatively quickly. They did so by temporarily adding $ 75 billion of reserves into the banking system. That amount has since been raised to $ 100 billion.

‘Some perspective is in order. The ten years after the financial crisis were unique as the central bank kept the banking system flooded with reserves, muting the volatility of the repo rate. Before the financial crisis, the Fed ran with a much smaller balance sheet, implying that it was stingier in providing reserves on a permanent basis. Swings in the repo rate and temporary actions to provide reserves were common. The central bank even provided liquidity to the repo market for around 200 days a year.

‘Historically the actions of the central bank are not remarkable. And until they choose to increase reserves more permanently, they will also provide liquidity in the repo market in the near term.

‘There is no guarantee that they will crack the code with the right amount of reserves the first time or it will be resolved quickly. So, investors need to get used to the fact that there will be more volatility in the repo market.’