BlueBay AM: Markets hoping to avoid bum moves at G20

BlueBay AM: Markets hoping to avoid bum moves at G20 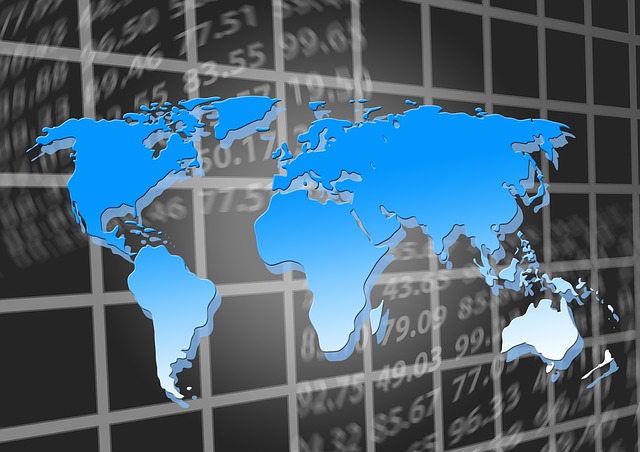 A successful outcome will require diplomacy, but positive trade developments could lead to a risk rally.

Global yields were largely unchanged during the course of the week. Constructive sentiment in the run-up to this weekend’s G20 meeting helped to support risk appetite in the hope that Trump’s additional China tariffs will be deferred and that trade talks will resume.

Optimists have been supported by the administration delaying a hawkish speech, which Pence had been planning to give, citing human rights violations in Muslim detention centres in the west China provinces.

With others such as Mnuchin and Ross seeming to talk up hopes that negotiations can re-start and a trade deal between the US and China can be reached, this has also helped sentiment – even if there is a palpable sense of uncertainty as to how the G20 will unfold, given the unpredictable nature of the US president.

In our view, we think the US will want to avoid an outcome that exacerbates economic downside risks. This suggests to us a desire to try to work towards a deal in the months ahead, though with the Fed appearing increasingly compliant to Trump’s wishes to deliver more dovish monetary policy, and with the US economy performing relatively well and the S&P close to its highs, we would note that the US administration currently seems under relatively little pressure.

Similarly, we sense that Beijing won’t want to be seen bowing to US pressure and so it may be that a stalemate is reached where further tariffs are placed on hold, but where trade discussions drag on over the summer.

It appears that forward-looking PMI surveys may indicate some weakness in the manufacturing sector, but away from this, it seems as if the US economy is in reasonable shape.

Core durable goods data suggests that underlying US business investment continues at a healthy pace and, on a forward-looking view, we are inclined to see Trump’s policies around trade diverting more global investment towards the US in quarters to come.

Software investment appears particularly robust and we see this continuing to support productivity growth and GDP expansion for some time.

In this context, we continue to view recession risk as low – though we would acknowledge that were the G20 to lead to additional tariff imposition and a collapse in dialogue, then many may be quick to jump on the global recession bandwagon. This represents a risk, but we believe it is a relatively unlikely outcome at this time as it isn’t clear who would actually gain from such a scenario.

EU talks yet to crystallise

Meanwhile, European policymakers are also busy negotiating key EU roles and so the picture may become clearer by the start of next week.

Past experience suggests that a lack of agreement thus far could lead to ‘compromise candidates’ emerging, yet there remains a lot of uncertainty as to how various roles are being trading in the corridors of power.

Markets could react somewhat negatively if an individual such as Weidman – who is perceived as a monetary hawk – were to be appointed as the next head of the ECB, though we are inclined to think that this role is more likely to go to one of the Finns or the French. Otherwise, the more investors reflect of Draghi’s Sintra speech, the more likely it seems that the ECB could be headed towards further easing, before Super-Mario ends his time at the helm.

At this time, an ECB rate cut of 10bps looks very possible – especially if the Fed eases as widely as expected in July. We believe that deposit tiering will surely accompany any rate cut, as the only argument the ECB had not to do this was the thought that negative interest rates in the eurozone were only meant to be a short-term phenomenon – which is clearly not the case.

Meanwhile, suggestions that the ECB could forgo voting rights on bonds is seeming to pave the way to a re-opening of the PSPP and CSPP programmes.

In our view, QE measures such as this are more likely to have a positive impact than lower interest rates – it is not clear to us that taking rates deeper into negative territory will achieve very much, save for cheapening the euro FX rate at the margins.

Regardless, a more dovish ECB should continue to help eurozone spreads and we feel that Italy and Greece continue to be the stand-out opportunities when looked at on a valuation basis.

In the UK, politics may now go quiet over the summer. The Tory leadership race is Johnson’s to lose, but it is hard to think of the rabid Brexiteers who form the base of the Tory party membership actually endorsing Jeremy Hunt as a candidate resembling Theresa May version 2.0.

Further afield, we have been wondering what additional easing steps Japan may announce in the weeks to come. We anticipate fiscal easing, notwithstanding the likely implementation of the September consumption tax hike.

A BoJ rate cut is only likely in our view if the yen strengthens, as we believe that Japanese policymakers increasingly understand that joining monetary and fiscal policy together with debt finance spending plans is now the most realistic approach to mitigating downside economic risks.

A similar mindset may yet manifest in Europe in the months to come – especially if the Green Party continues to advance in the German polls. However, for now, we find ourselves looking at Japan as pointing the way as to what will happen in Europe in the future.

Elsewhere, emerging markets and credit spreads have traded relatively constructively in the run-up to the G20.

The US dollar has been towards the soft end of its recent range on prospects for Fed easing, while in Europe, the pound has been drifting weaker just as Scandinavian currencies recoup some of the losses from earlier in 2019.

Meanwhile, cryptocurrencies have been back in the news with Bitcoin up some 35% over the past two weeks, despite losing over 20% on Thursday. We continue to see this more as a function of Chinese money seeking to circumvent capital controls…though we would also note that fintech, in general, is a sector that continues to see heavy investment and demand.

The G20 is clearly the dominant risk event just ahead of us, but beyond this we will also be interested to see whether US jobs data can rebound from a soft month last month and persuade the Fed to question whether it can defer a decision on cutting rates until September – particularly if a more successful conclusion to the G20 on trade paves the way for a further rally in risk assets.

As for Osaka, one can only hope that Trump is on his best behaviour and doesn’t follow the example of Kim Kardashian upsetting folk in Japan this week following the rollout of her new shapewear range (‘Kim oh no’ indeed!).