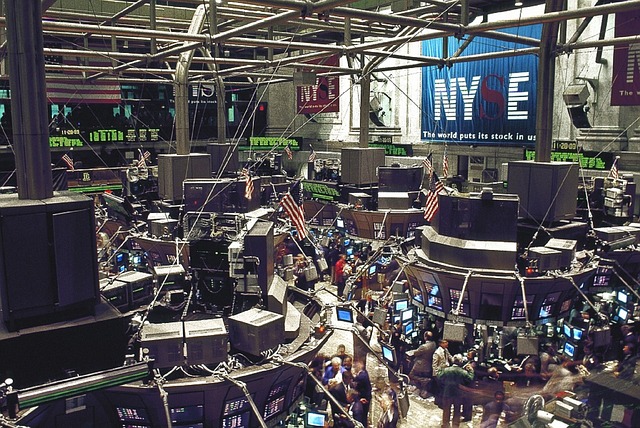 Stock buyers jumped on the back of a bull following news that the US and China agreed to unwind tariffs they apply to each other’s exports gradually starting from next month. Lower tariffs mean higher spending, higher earnings and eventually a higher growth for both economies. Lower tariffs also mean massive Chinese purchases for US farmers and a most-needed support to Donald Trump’s waning popularity.

US equities refreshed record, even though their prices are already well detached from the reality. The underlying company profits have been growing significantly slower than stock prices since 2015. Ultra-loose monetary policy and speculation for higher profits have a lot to do with the overly stretched stock rally. But the divergence doesn’t necessarily mean that a correction would happen anytime soon. For now, investors give free rein to their positive thoughts.

European stock futures were left behind. FTSE and DAX are poised for a bearish start on Friday.

Gold dropped more than $30 an ounce and hit $1461 for the first time in more than a month. As we mentioned earlier this week, the remarkable 32% drop in Indian gold demand between July and September has built a solid basis for the sharp price action we saw yesterday. What was holding gold near the $1490 level was the safe haven demand. Waning risk-off positions pulled the rug out from buyers’ feet. The positive shift in sovereign yields should limit the recovery near the 100-day moving average at $1476.

USD on track for further gains

The US dollar index cleared the 98-resistance, as encouraging news on US-China trade front repelled what was left from the Federal Reserve (Fed) doves.

As such, the narrowing core-peripheral yield spread within the Eurozone didn’t do much to lift the single currency, as the EURUSD tanked to 1.1036 on a broad-based US dollar rally. The pair traded a touch above the 50% Fibonacci level on October rebound, 1.1030. The hawkish divergence between the Fed and the European Central Bank (ECB) policy expectations will likely continue pressuring the pair toward the 1.10 handle.

The USDJPY pulled out the 109.20 offers and advanced to 109.40, carrying Nikkei and Topix higher in Tokyo.

Cable retreated to 1.28 on the back of a strong US dollar, while a surprise dovish shift at the heart of the Bank of England’s (BoE) MPC raised a few eyebrows. Two MPC members voted for lower interest rates to give support to a waning economic growth amid Brexit uncertainties and global headwinds. The latest developments on the British monetary policy front have certainly weakened support near the 1.28 handle in GBPUSD. A renewed attempt could successfully send cable below this level. The key support is seen at 1.27, the major 38.2% Fibonacci support on October rebound. The slimmed risk of a no-deal Brexit is expected to hold the ground solid near this level and keep the pound within the bullish consolidation range against the US dollar.

In the dearth of major economic data from the UK and the Eurozone, the dollar appetite should determine the overall direction in the euro and sterling markets before the weekly closing bell.

Oil tests $58 a barrel, FTSE set for a soft start

WTI crude advanced to $57.80 a barrel but failed to fight back a thick layer of offers prior to the $58 level. Each price dip in oil increases the force of the next positive move amid rising expectations of further production curbs at OPEC’s December meeting and heightened hope of a trade truce between the US and China. With this, WTI crude has two good reasons to advance to the $60 mark in the coming weeks.

The FTSE 100 closed Thursday’s session up by 0.13% above the 7400p mark. Energy and mining stocks treaded water, while healthcare, real estate and consumer utility stocks were the leading mood spoilers.