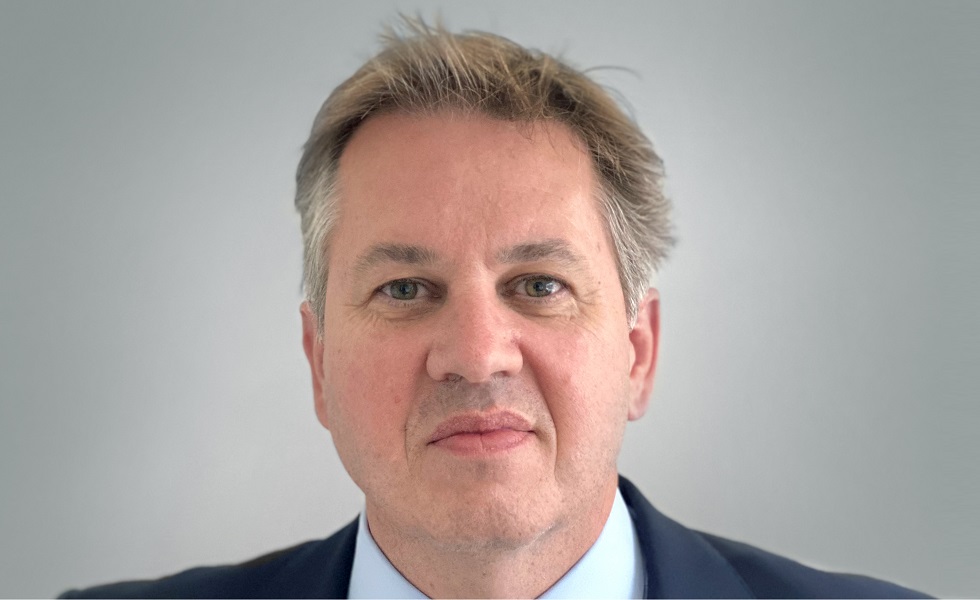 Private debt can boost the supply of social and affordable housing, for the benefit of investors and low-income residents alike. We see potential for a long-running investment theme.

Private debt markets have an abundance of capital seeking suitable investment opportunities, while social housing suffers from a supply shortage that is crying out for investment. Matching these two represents a promising investment opportunity that could help reduce the backlog in affordable housing construction.
Assets under management in private debt markets have more than doubled over the past decade, reaching USD 848 billion at the end of 2020, inclusive of funds yet to be deployed. What’s more, according to financial data provider Preqin, they are forecast to grow by 11.4% annually to USD 1.46 trillion by the end of 2025. This is in no small part due to the lowyield environment that has prevailed in the global economy over the past few years, which pushes investors towards alternative fixed income solutions.
Private debt is a case in point, as it typically offers not only higher yields than most listed fixed income instruments, but in many cases also stronger covenants and better collateralisation.
At the heart of the need for social housing lies the stark reality that, over the past two decades, average house prices have risen much faster than average wages. For instance, since 2000 the UK House Price Index is up by 182%, compared with a rise in average weekly earnings of approximately 85%, according to the UK’s Office for National Statistics. Similarly, the ratio of median house prices to median pre-tax earnings reached an all-time high of 8 times in 2018, up from 5.1 times in 2002.
As a result, the National Housing Federation estimates that 3.8 million people in England are in need of social housing, while the Children’s Commissioner for England has found that 124,000 children are living in temporary accommodation. Of the 300,000 new homes that government policy in England envisages to build, over the past decade only between 125,000 and 244,000 per annum were completed, as the House of Commons Library Briefing Paper titled ‘Tackling the under-supply of housing in England’ reports. 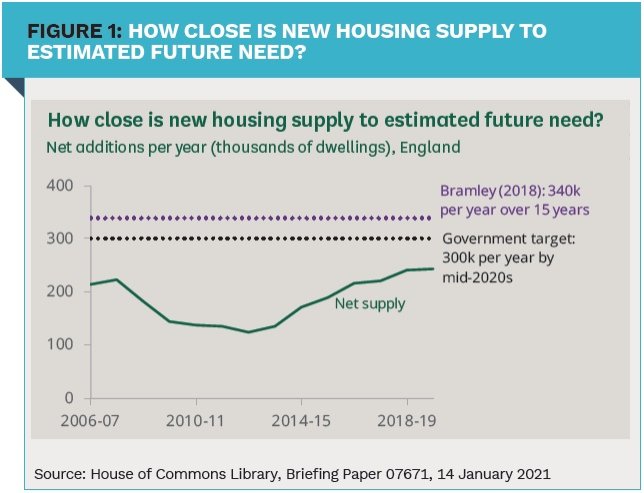 In Ireland the situation is similar, albeit dependent on idiosyncratic factors. The country still feels the effects of the property crash caused by the financial crisis of 2008-2009, as tighter credit conditions and a dearth of active developers caused housing completions to fall, particularly in the main cities  and urban areas where housing is needed the most.
As the Economic and Social Research Institute reports: ‘There were only 21,000 housing completions in 2019. This is well short of the amount of housing needed to keep up with the level of structural demand, estimated to be in the region of 30,000–35,000.’1
To avoid a return to the pre-crisis property bubble, the Central Bank of Ireland has limited mortgages to 3.5 times gross income, requiring first-time buyers to put down a deposit of 10% and second-time buyers a deposit of 20%. While these measures have dampened house price growth, they have forced many would-be buyers to turn to rental accommodation, driving up rent levels and in turn putting households into a rent trap as tenants paying high rents struggle to save for a down payment.
The COVID-19 pandemic has exacerbated this situation further, since contrary to what happened during previous economic downturns, house prices in both Ireland and the UK soared during the pandemic. To make matters worse, the balance of bank lending to construction firms has been trending down for several years.
The role of private debt in affordable housing
Private debt can fill some of this gap. Indeed, increasing the stock of available housing is a high-impact investment: it’s the S in ESG, the commonly used acronym for environmental, social and governance criteria. Given that social and affordable housing is a growth market where substantial capital can be deployed in scalable strategies, there is a strong case for private debt investments. Typically, investors in private debt with a liquidity horizon of six or more years may expect a target yield of 6-7% per annum.
Social rented homes are usually let at about 50% of the average local market rent and affordable rented homes are priced at around 80% of the local market rent. While in the past only non-profit-making organisations could be registered as providers of social housing, profit-making organisations have been allowed to do so since April 2010, allowing social housing to attract new capital.

Given that social and affordable housing is a growth market where substantial capital can be deployed in scalable strategies, there is a strong case for private debt investments.

This brings about both short- and long-term financing opportunities. The short-term opportunity is to finance the development and construction of new housing that gets sold to local housing providers on completion. These include local authorities and Registered Providers, known as RPs, in the UK and local authorities and Affordable Housing Boards in Ireland. Most of the time, the sale is fully contracted either before construction begins or during the building phase.
The long-term opportunity is to lease the newly built units to housing providers for periods of about twenty to twenty-five years. These leases are highly sought after by institutional investors because they offer attractive long-term income that is indexed to inflation. In England, leases are negotiated on a  bilateral basis with the local authority or RP. In Ireland, to encourage the delivery of new social and affordable housing, the government has set up a number of lease schemes.
At our organisation, private debt strategies focus on two main segments: affordable housing and those sectors for which there is strong institutional demand, including student housing and care homes. There is a common thread to these. Student housing is relevant to the broader housing shortage, since housing students in purpose-built properties helps to reduce pressure on the housing stock by releasing more homes for families. We see this as a hugely scalable 10-year investment theme.
1 ESRI Special Article, Assessing the Impacts of COVID-19 on the Irish Property Market: An Overview of the Issues.