Schroders: Is it game over for Chinese tech investing?

Schroders: Is it game over for Chinese tech investing? 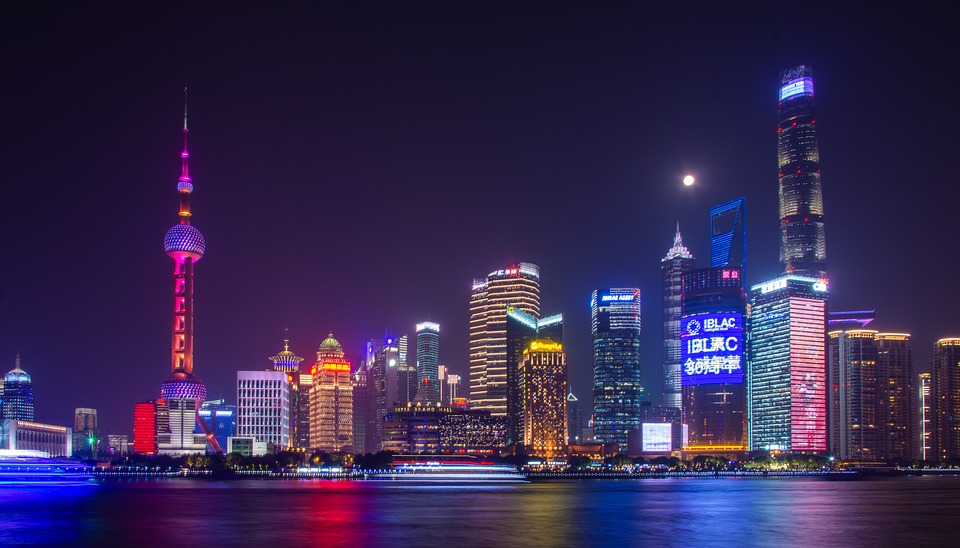 With intense regulatory scrutiny and restrictions on overseas listings, is it game over for investing in China tech and the Chinese market in general? Schroders' Robin Parbrook, investor in Asian equities, concludes that the investing landscape in China has changed profoundly, and he advises on how investors should view Chinese equities now.

There had been a trickle of concern about the rising risk of Chinese regulation of the technology sector ever since the Ant Group IPO was scuppered at the last minute in November last year.

But in July the trickle became a tsunami as the Chinese government clamped down on the education and technology sector in a big way, resulting in a significant market sell-off.

With intense regulatory scrutiny and restrictions on overseas listings, is it game over for investing in China tech and the Chinese market in general?

As an investor in Asian equities, I think not, though I cannot deny the landscape has changed significantly, as I lay out below. But first we need to understand the context of why the state wants to take greater control and oversight of the internet sector in China.

Why is the government acting?

In my view there are four reasons: national security, financial stability, social stability and mobility, and the "dual circulation" policy.

This is best highlighted perhaps by the situation at Didi, China’s equivalent of Uber. It listed in the US, under the so-called VIE (variable interest entity) structure, which basically creates holding companies that enable Chinese firms to navigate rules forbidding foreign investors from ownership in certain sectors seen as key, such as tech.

During its listing process Didi highlighted how “good” its use of data was, mentioning how it could track where government employees were going. This triggered alarm bells among the Chinese authorities about such data being available in a US-listed company, and they asked Didi to halt the IPO process. Rather foolishly (with hindsight) Didi continued with the process and ended up in something of a quagmire, with its share price falling sharply.

It now appears given the updated SEC rules regarding the audit of US listed China stocks (and the requirement to provide much more information to the SEC) that most Chinese internet stocks will need to move their primary listings to Hong Kong or delist from the US.

We don’t expect this to mean a disorderly unwind of VIE listed stocks listed in US; however, clearly the direction of travel from both the US authorities and the Chinese ones means it is unlikely stocks with data considered “sensitive” can keep their primary listing in the US.

This comes from two angles. One was that post the ANT Group IPO being pulled in the authorities were clearly not comfortable with the way internet/fintech stocks were creating excessive consumer debt. As well as creating the risk of bad debts, this was potentially disrupting the state banks, which are one of the key arteries which China uses to direct the economy. Secondly, there are rumours of stress in traditional parts of the economy particularly the small-medium sized entities (SME), property and retail sectors as disruption from the internet stocks has accelerated.  With the risk of bad debts rising, reining in some of the internet stocks’ more aggressive activities should lower near term financial risks.

This encompasses a number of areas, but in essence with many middle class Chinese being squeezed by higher mortgage payments, higher healthcare costs (for both themselves and aging parents) and spiralling private education costs, there appears to now be a decisive shift towards policies that encourage “levelling up”.

Clearly, part of the agenda here is to lower the costs and stresses of family life in China and provide a better environment to raise children given China’s demographic time bomb.

The issues here can perhaps be demonstrated by recent results from LVMH, which had strong results partly on the back of extremely strong sales of luxury handbags to the very rich in China. On the other hand, branded soy sauce producer Haitian Flavouring saw weak results as its middle class consumers in China traded down due to pressure on their disposable income.

Evidently the benefits of growth in China are not being evenly spread. According to the World Inequality Database, the share of the top 10% in national income in China is 42% (in 2015) which compares with only 28% in 1980, and compares to the US of 45%. Along with rising inequality in China, there is falling social mobility.

Worries over family/urban stress and low birth rates have been discussed for some time in China. The government has clearly decided to act.

It was no surprise that food delivery giant Meituan would be encouraged to provide better health and income to its drivers. And while we expected regulations on educational tutoring to reduce the excessive hours and stress on children, we did not expect the sector to be effectively shut down and turned into a non-profit.

It does indeed appear that the Chinese authorities have decided much of “social” technology is not a positive for society, whether this is for-profit tutoring, gaming, social media sites, community group buy programmes etc, etc. Instead, as we can see from the latest announcements in China, sport and exercise are now a policy priority. It is very clear what the Chinese government has decided is healthy. Going forward, we would expect more measures to try and achieve the social objectives – these are likely to target areas such as property (reducing prices), insurance (provision of cheaper healthcare policies) and lower healthcare/ pharmaceutical charges.  This leaves us cautious on all these sectors.

The final reason for the authorities to take more control of the Chinse internet sector may also be to do with China’s “dual circulation” strategy, which was announced in the 14th Five Year Plan in March. This plan has an emphasis on self-reliance in critical areas (batteries, EVs, Internet of Things, AI, biotech etc) – so has an emphasis on promoting “hard” technology and innovation in key critical areas. “Social” technology (i.e. the internet stocks) no longer appears to be viewed as part of the “high quality development” targeted in the Five Year Plan and also not aligned with President Xi’s stated agenda to reduce inequality and promote sustainable growth. The government therefore looks to have decided to take more control of what are huge companies and large parts of the economy in order to direct internet companies investment towards those areas considered much more strategic in the dual circulation strategy.

Has the plug been pulled on Chinese tech?

So – what does this mean for investment in Chinese internet stocks? Are they indeed unVIEable (pardon the pun)?  Is it end game for the sector? Are the new bears on the sector right that this is the “new Russia”, so we should bail out?

Firstly, on the last point we see little comparison with Russia. This is not crony capitalism or straight misappropriation of assets. We also, as mentioned earlier, don’t expect to see a chaotic and disorderly unwind of VIE structures and US listings. China still wants Western capital – opening up of Chinese financial markets is a policy objective (and the one thing we have learned from last month is you want to be on the right side of policy in China). We would, however, be worried about owning US-listed Chinese VIE stocks in sensitive sectors that do not have a Hong Kong listing given the regulatory direction from both the SEC in the US and Chinese authorities.

However, if we are correct on the comments above, it appears the large internet stocks will have a lower return on invested capital (ROIC) following the regulatory changes. This is likely to be the result of higher salaries for workers (Meituan), lower fintech revenues (Alibaba, Tencent), restrictions on gaming (Tencent, Netease), measures to aid physical retailers (all e-commerce), removal of tax incentives (whole sector) and critically and most importantly directed investment into key sectors that are considered a priority under the “dual circulation” strategy.

We consider trend in ROIC as a key factor when analysing a stock – stocks with a ROIC trending downwards typically struggle to perform as the stock market has a tendency to assume current ROIC trends into perpetuity rather than anticipating a deterioration.

The other factor we need to consider when analysing Chinese internet stocks is the Equity Risk Premium (ERP). With the regulatory structure much more uncertain and with the investment direction and priorities changing, and not necessarily to those aligned principally with shareholder interests, we believe we need to apply higher ERPs when calculating our fair values.

The other consideration we are working on when calculating fair values is using scenario analysis given the fluid situation. We will admit this is tricky – even our very, very, worst case scenario for education stocks was not gloomy enough.

So, given the big falls in Chinese internet stocks do we think lower ROIC and higher ERP are now reflected in prices? Has the stockmarket adjusted to the new reality? We are not convinced we are fully there.

As of 30 July, for the four largest internet stocks in China (Alibaba, Meituan, JD.COM, Tencent) on Bloomberg there were cumulatively 229 BUYS, 13 HOLDS, NO SELLS. It doesn’t feel to us the sell side has adjusted to the new reality. We also worry that we are regularly asked the question “aren’t Chinese internet stocks now really cheap vs US peers?”. Prima facie this is correct. However, in our mind this is like comparing apples with pears (or China Construction Bank with JP Morgan).

Chinese internet stocks as it stands today, barring a major policy reversal, are operating in a very different regulatory environment to US peers and with very different policy objectives – so they cannot be directly compared.

Chinese internet stocks may become more like quasi-state owned enterprises (SOEs) as “common prosperity” and the “greater good” become the priority. This would be similar to how Chinese SOE banks and telecom stocks operate, where policy objectives have supressed returns to shareholders but obviously been good for the Chinese consumer and economy.

So, does this makes Chinese internet stocks uninvestible? No, it doesn’t. These are still fantastic companies with amazing platforms, innovative management and in some cases extremely strong cash flow generation. As the dust settles and the panic selling subsides we will start to look at the sector.

Intrinsically, we favour stocks like Tencent and Netease where competition risks are fewer. Fundamentally we are more cautious on e-commerce due to very intense competition and new formats which even before regulations came to the fore looked likely to drive down margins.

We are now looking to pick up names in China but, instead of adding to the Chinese internet stocks, we prefer to look at stocks that have been sold off and are less likely to be directly affected by the new policy direction.

Even if we take a worst case for the Chinese internet sector it may not be that bad. Let’s assume they become the new Chinese banks (very much a worst-case scenario). Chinese banks have derated significantly over the last 12 years as the market came to realise they weren’t going to operate as fully commercial banks but instead as hybrid SOE banks.

Substantially above the Hang Seng Chinese Enterprise Index which returned 21.7% (4% p.a.). So, while we are not buying internet stocks at the current time, there is a price at which we will want to start building positions.

All in all, as an investor in Asia, China will remain a key area, albeit one where I will tread ever more cautiously. The powerful macro economic case for investing in the country remains intact, but the micro has changed. There remain some fantastic companies in China, and we will be on the lookout for oversold stocks in areas less exposed to regulatory risk.