Columbia Threadneedle Investments: What the US election means for markets and what it doesn't

Columbia Threadneedle Investments: What the US election means for markets and what it doesn't 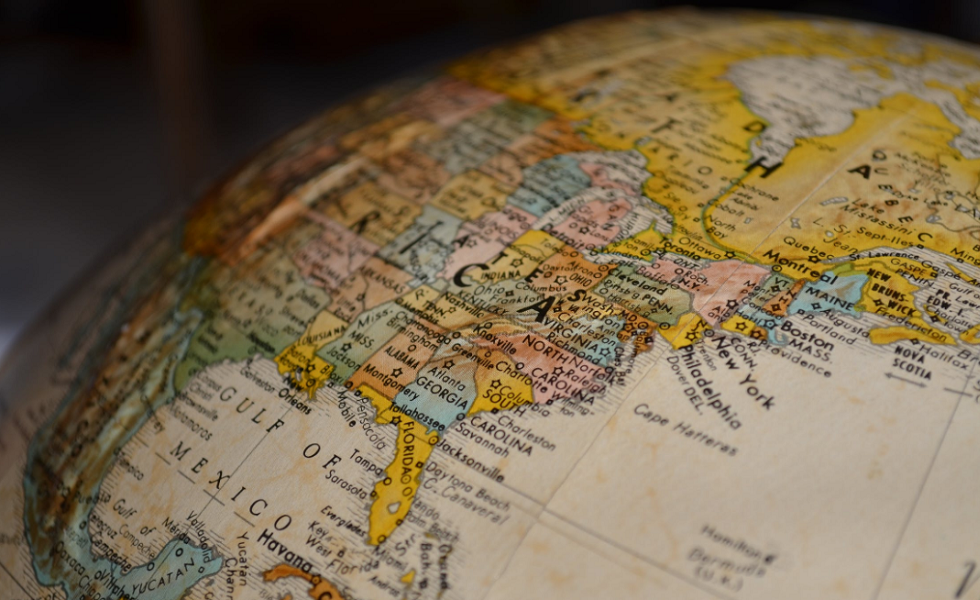 The election cycle will increase short-term volatility, but we don’t believe it will have much influence on market averages over the long term.
While every US presidential election is contentious, this year’s race seems especially divisive. Partisanship is extreme, and the difference between Donald Trump and Joe Biden in approach, personality and behaviour is stark.

The charged rhetoric may increase the uncertainty and anxiety for investors as we approach election day. Most recently we saw evidence of this anxiety as the market reacted to news of President Trump’s positive Covid-19 test. But what does the election really mean for the economy, markets and investors?

In my view, elections cause a lot of volatility and anxiety beforehand, and then not much of substance for the broad economy and financial markets afterward. A lot of that temporary volatility comes from politicians making speeches about policies and programs that they are rarely able to fully enact. Long-term market and economic direction are about what actually happens, and in that respect, a single election is almost irrelevant to our long-term outlook.

This is because changes in presidential administrations rarely lead to material fundamental changes in how the US economy works, even when we swing from conservative to liberal, or vice versa. Investors were more concerned about radical change when candidates such as Elizabeth Warren or Bernie Sanders appeared to be leading the Democratic primaries – although we should note that we don’t know what role they may yet have in setting policy. In some important categories there is little material difference between the two main parties.

There is no truth to the claim that Republicans are conservative on fiscal policy and Democrats are big spenders; they both spend like it's going out of fashion. There is a difference, of course, in sources of taxation and where the money might be spent, but the total amount of money going into the economy in aggregate is not, in my view, going to be materially different under one party or the other.

In terms of overall market performance, we have seen the markets do well under Republican and Democratic presidents. In fact, since the Truman administration just after World War II, only Richard Nixon and George W. Bush had negative market returns during their tenure. Market reaction to those administrations had less to do with economic policy and more to do with the Watergate scandal in the early 1970s and the terrible events of 11 September 2001.

This year, however, there is also the prospect of a delayed result or a contested election to consider. If either candidate’s winning margin is decisive, we don't think there is much possibility for real contention at election time. It is important to distinguish between challenges to vote counts generally or the inclusion of some mail-in votes specifically and an outright refusal to hand over power or accept defeat.

There is a strong possibility for the former caused by legal challenges that might extend the time taken to certify the election, creating a period of uncertainty. Pricing for index options maturing after election day indicate that equity market investors are expecting greater volatility due to this uncertainty. While this isn’t ideal, it is not unprecedented, and we have constitutional backstops that address inconclusive results.

All this is to say that there are remedies for the situations that some predict will happen around this election, and when election results have been delayed or questioned previously we have been able to move on without significant political – or economic – disruption.

But while we believe the election is unlikely to impact the overall direction of markets, there will likely be some short-term uncertainty, and there certainly could be effects on industry groups and individual companies. In addition, there are things that we think investors should be paying attention to, and some actions to take.

If Biden is the presumptive winner, it is important to look closely at his tax plan which is central to his platform. His plan to roll-back the Trump tax breaks, tax income differently above a certain level and tax capital gains at the ordinary income tax rate is likely to cause a lot of tax-related trading before the election. The more convinced you are that Biden will win, the more you should be preparing to realise investment gains in 2020 rather than 2021, when you could pay a higher price in taxes. Depending on the rules, it may be better to preserve losses for 2021 instead of automatically netting against gains in 2020.

While there is always a lot of tax-loss harvesting and capital gains realisation in the second half of the year, we expect it will be much more significant this year. And that might then affect the sectors that have had the biggest gains, like technology. We view these merely as volatility factors, however, not harbingers of any dramatic shifts. They don't necessarily mean there will be any significant long-term change in direction or fundamental health of that particular sector or other sectors that might also be affected.

The potential new tax structure will have an impact on business as well. Under Biden’s plan we estimate an average drop in earnings per share of around 5%, though this will not be evenly spread across sectors. In more “normal” circumstances you might say that’s not too bad, but on top of a Covid-19-ridden economy in which earnings are down significantly from where they were in 2019, we should be vigilant regarding the cumulative impact on corporate earnings. This level of expectation may lead to a rotation in the market, but we don’t see it leading to any kind of broader collapse.

It’s also important to note that the tax plan Biden has laid out as part of his campaign is not necessarily the same as what might actually come to be. In the current environment, sweeping tax change may not happen in the short term, particularly as the country continues to deal with the impact of the pandemic.

There will also be likely winners and losers on the sector side due to shifts in policy. Energy, financial services and healthcare will likely be affected. Healthcare is interesting – the potential expansion of Medicare and Medicaid may benefit the hospital subsector, but pricing restrictions may impact pharmaceuticals. Other sectors such as energy and financials will probably feel the effects of any increase in regulation, as regulation represents a cost to business.

It might help the safety of products and workplaces, or help preserve the environment, but whatever it is, it’s more expense for a company’s balance sheet and may affect smaller companies more than large companies that have the resources to deal with the additional requirements. More expense for companies implies potentially lower returns for shareholders. So individual security and sector selection will be very important in investing, rather than relying on the overall direction of the market.

Trade is another important business and economic factor, and here the election could have some impact. While Congress has the ultimate authority to approve trade agreements, the president has the power, in many cases, to handle negotiations and set tariffs and duties. The president’s personal role is primarily diplomatic – and it’s here that the styles of Trump and Biden come into play.

While I believe the Trump administration has many legitimate goals and concerns about US trade policy, the president’s negotiating style has created additional tension, particularly with China. A different approach might help to build more productive global relationships, even if the substance of the trade initiatives and goals is not really all that different.

I have commented that election cycles typically don’t have much influence on the behaviour of the markets in aggregate. In many ways, this election is no different. But in one way it couldn’t be more different: it is being contested during a global pandemic that has brought regular economic activity to a virtual halt. The election-related short-term volatility and the structural pandemic market effects are, in effect, amplifying each other, and we are experiencing one of the longest periods of sustained high volatility that we’ve ever seen (Figure 2).

This is where the commitment to additional fiscal support could make a real difference. Think of the current health crisis as a giant chasm. There is nothing wrong on the other side of the gulf; economic, market and business activity have resumed there. But you’ve got to get there without falling in. Short-term fiscal stimulus is the bridge, and the longer it persists the greater the likelihood that you successfully bridge the gap in economic health. It is here that the composition of the House and Senate make a significant difference.

We saw a meaningful bipartisan effort in the first rounds of stimulus succeeded by greater election-driven partisanship that has derailed ongoing support. Once we are past the election it will be critical for leaders to get back to negotiating on programs that can support the individuals, businesses and municipalities most impacted by Covid-19 restrictions. In the first round, speed was critical, but the support was spread too widely. The second round needs much greater targeting, but there is still an urgent need for support if we want the recovery to be strong.

The economy and markets will move on

Over the coming weeks the anxiety around the election will no doubt intensify, and the voices feeding the uncertainty and volatility will only get louder. Emotions are running high on both sides of the political divide and the fight over the next Supreme Court appointee will act as an additional incendiary element.

It will be important for investors to overcome a reflexive tendency to respond emotionally: though volatility and uncertainty will be high both before and after the election, the economy and the markets will move past this. When the pebble falls in the pond there is an initial large splash and then the disturbance dissipates quite quickly.