Columbia Threadneedle: A pandemic with no precedent in a modern economy

Columbia Threadneedle: A pandemic with no precedent in a modern economy 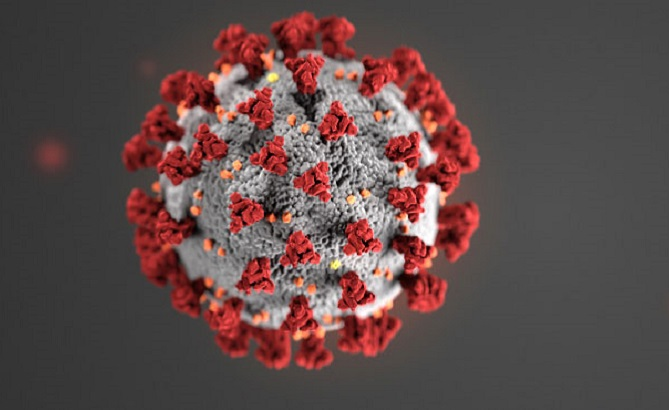 The emergence of Covid-19 has destabilised stock markets the world over. Since China alerted the World Health Organisation to cases of an “unusual pneumonia” in Wuhan last December we have entered what the WHO calls “uncharted territory”.1 Italy was first in Europe to lock down the entire country, others followed. The virus has been fast and indiscriminate, infecting royalty, politicians and low-paid key workers alike.

But before we assess how this situation may develop in the future, it is worth looking at the financial health of Europe at the point of entry into the crisis. Last year ended on a high with global equity markets up 27% and Europe up 29%, despite meagre earnings growth.2 This was driven by a confluence of events: Boris Johnson’s Conservatives won the UK election and Brexit anxieties dialled down; trade tensions between the US and China subsided; and in the US Elizabeth Warren’s, and then Bernie Sanders’, chances of winning the Democratic nomination faded.

There was also good news from Phase 1 of the US/China trade talks, as the US government allowed the deadline on European auto tariffs to pass – solace for car manufacturers who had been at the centre of Europe’s industrial downturn. And in November, China, the US and the European Central Bank restarted QE.

Optimists hoped this would all stimulate stronger global growth … but then came Covid-19.

At first the virus was limited to the Hubei province where Wuhan, a mid-sized Chinese industrial hub, is situated. Investors digested the impact, many assuming this was another SARS and no worse – ie, hitting only businesses with operations or supply chains in the affected areas. But the virus spread, rapidly and unevenly. Italy was the worst affected, and given its older population, mortality has been high. But it has been joined by France, and exceeded by the UK and the US. Border closures, flight cancellations, other travel restrictions, enforced working from home, limits on social contact – all have been applied globally with varying effects. But what has been universal has been the stock market impact – sharp markdowns.

Most exaggerated have been the moves in airlines and leisure as consumers have stayed home. The pause in economic activity has hit profits, balance sheets and bad debts. Consumer stocks are suffering as Chinese buyers have dried up; hopes of a return as China reopens have been offset by the European lockdowns which have destroyed demand.

The fallout is severe. The OECD says the median economy will contract by around 25%. Estimates for the US are for a 50% contraction annualised in Q2.3 For context, the peak-to-trough decline during the global financial crisis (GFC) over six quarters was 4%, which felt like a disaster at the time. Though it’s something of a fool’s errand to make predictions at such a volatile and uncertain time, we think eurozone GDP will be down -9% this year before rebounding 7% in 2021.4

So we have all lost money – regrettably so. But certain approaches and styles stand out. Value investors who focus on a simplistic assessment of price have suffered most, especially where their portfolios were skewed towards optically cheap leisure or bank stocks. Quality of business model and resistance to the shortterm volatility of economies (or even stock markets) have become prized – enough to minimise if not stave off share price falls.

This is an event-driven recession, not a systemic one, and while the initial shock could fade quickly there is a risk a negative feedback loop takes hold. The 11-year bull market was driven by job creation and job vacancies which fuelled consumer spending. The surge in initial US jobless claims from Covid-19 to 6.6 million5 guarantees that the unemployment rate will rise well above the 4.4% reported rate in March. The impact on consumption, however, might not be so bad given the support that government is giving to households.

The recovery will be medically driven, via slowing or stopping the spread of the virus to allow lockdowns to ease and some economic normality to return. This will need to happen swiftly if the downturn does not turn into a self-reinforcing recession. But if the lockdown is removed too quickly, infections could spike again.

The monetary and fiscal response has been fast. The Fed has done more in three weeks than it did in the entire GFC. The ECB has committed to buy government and corporate bonds at a rate never seen before: a spending package of 2.3% of Eurozone GDP with a further 13% of GDP in credit guarantees. Eurozone budget deficits will reach 10%-13% of GDP this year.6 The combination of higher spending and falling output will push debt-to-GDP ratios up by 20-40 percentage points. For Germany with a starting point of 60% this might be tolerable; for Italy, debt-to-GDP going to 170% or more will be a serious threat.7

We think this will mean there will be a U-shaped recovery in economic activity that will not start until late 2020 at the earliest, with Q2 showing a very sharp decline (double-digit figures), Q3 showing continuing weakness, and perhaps a bounce in the fourth quarter. A more protracted economic shutdown could extend the recession into 2022 – because whatever the timescale, recession is certain.

The longer-term effects of the Covid-19 crisis are numerous. Supply-chain disruptions caused by shutdowns in China will reinforce the view that moving manufacturing to low-cost countries went too far. For example, 80% of US antibiotics come from China.8 There will be huge political and social pressure to reverse offshoring, whoever wins the US election. In Europe, the Schengen open borders system has been dismantled and it is not clear when the resurrected controls will be removed; free movement of people is meant to be a cornerstone of the EU’s ethos. The Maastricht Treaty rules on fiscal discipline have been thrown out of the window. Globalisation previously kept inflation in check. Will that now change?

Traditional business cycle analysis gives no answers for a pandemic, making it hard to second-guess the rebound. The advantage we have is that our approach focuses on high-quality business models with high returns – sustainably high even in difficult environments. So our portfolios have been well-placed to cope so far, though who can deny that the next few months are going to be very interesting.