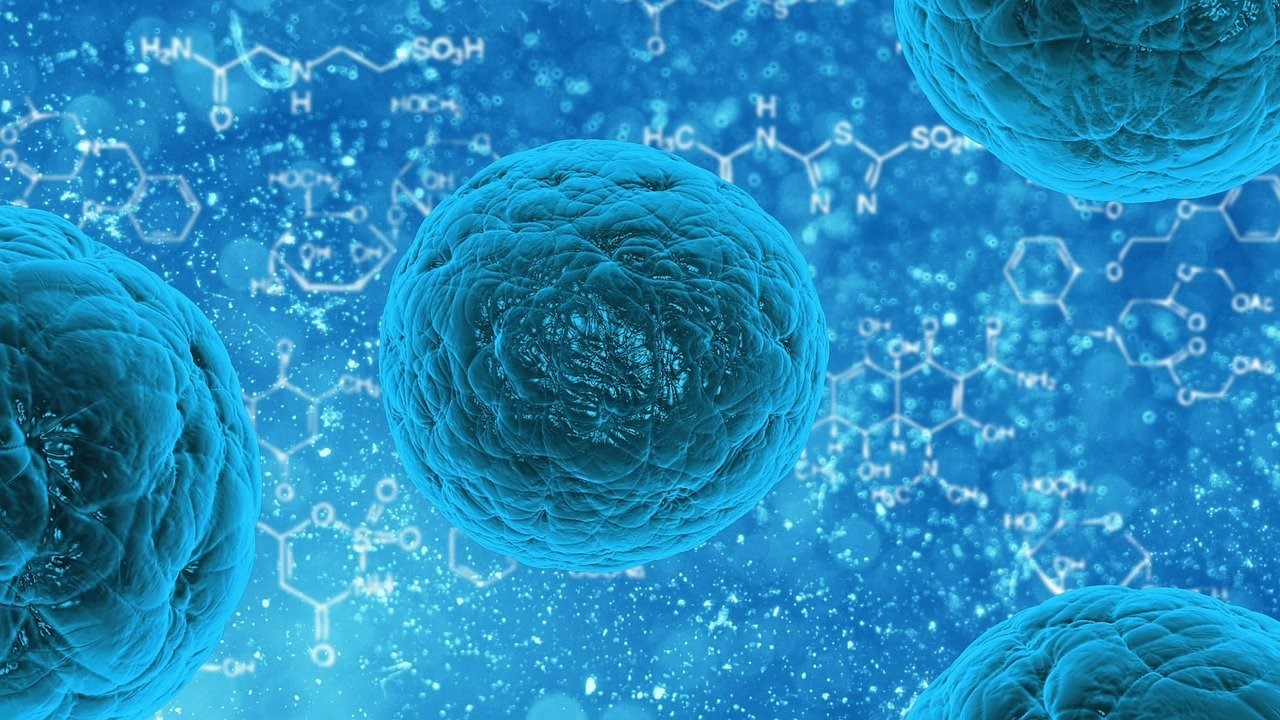 The euro has outperformed during the Asian trading session with EUR/USD rising back above the 1.0900-level and further above the intra-day low of 1.0636 set on the 23rd March. The euro appears to be gaining support from building evidence of a shift towards a more co-ordinated and unified response by European policymakers to combat the negative COVID-19 shock to the euro-zone economy. France, Italy, Spain and six other euro area governments have called for the issuance of joint European debt to help finance economic support measures. In a joint letter to European Council president Charles Michel, the leaders from the nine euro are countries stated that the EU needed to “work on a common debt instrument issued by a European institution to raise funds on the market on the same basis and to the benefits of all member states”. It would ensure they believe “stable long-term financing for the policies required to counter the damages caused by the pandemic”. They have put forward the case for so called “corona bonds” ahead of today’s scheduled video conference between EU Leaders. 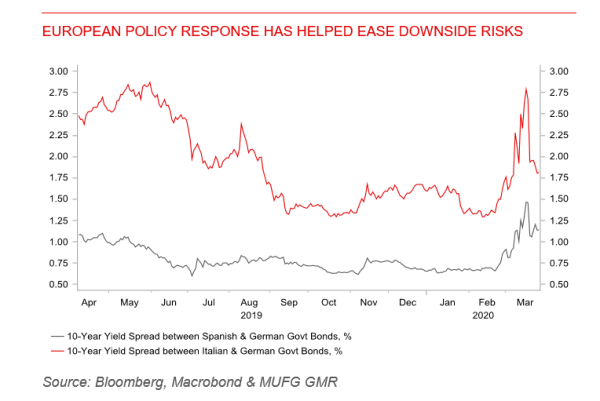 However, the proposals still face opposition from countries such as Germany and the Netherlands who are concerned that the EU could exhaust its possibilities for centralised fiscal action too early in the crisis. German finance Minister Altmaier recently described the discussion of Eurobonds as a “phantom debate” and urged caution. The EU still has to work out many of the details of the plan put forward at Tuesday’s Eurogroup meeting to allow the ESM to provide enhanced conditions credit lines of up to 2% of GDP to countries. The size of the credit line could rise further if it were a particularly serious case. It remains unclear whether conditionality will be applied to the credit lines. Bloomberg also reported yesterday that ECB policymakers are open to activating their Outright Monetary Transactions (OMT) programme which is contingent on countries securing some form of assistance from the ESM. The advantage of using the OMT would be that it is not bound by the limits of the ECB’s existing bond buying operations such as the capital key and issuer limits. President Lagarde has already emphasized that their new PEPP, which will buy up to EUR750 billion of assets, is more flexible and they will actively consider adjusting purchasing restrictions if required.

The developments are helping to reduce the risk of another negative euro-zone debt crisis shock for the euro-zone economy and the euro. The 10-year yield spreads between Italian and Spanish government bonds over German Bunds have narrowed sharply since last week by around 100bps and 33bps respectively. It helps to create more leeway for much needed fiscal stimulus to combat the COVD-19 crisis and support growth. Italian Prime Minister Conte stated yesterday that they are working on another fiscal package which will at least match the previous one worth around EUR25 billion. It would lift the total fiscal stimulus to around 3% of GDP making it broadly equivalent to the stimulus measures put in pace in Germany as well. GBP: BoE to take stock after aggressive policy action The pound has been attempting to stage a modest rebound in recent days alongside the tentative improvement in global investor risk sentiment on the back of powerful policy action from major central banks and governments as they attempt to dampen the risk of an even deeper and more protracted global recession. In the FX market, the US dollar has stopped surging higher which has brought some relief and is helping to dampen foreign exchange market volatility. It has allowed currencies which have been hit particularly hard during March such as the Norwegian krone, Australian and New Zealand dollars to rebound. The krone has strengthened sharply by around 9% against the US dollar since last Friday when the Norges Bank signalled it was considering intervening. However, it still remains around 13% below levels recorded at the start of March.

The pound’s rebound has been less impressive so far. Cable has risen back towards the 1.2000-level after hitting an intra-day low of 1.1412 on the 20th March, but still remains around 10 big figures below where it was trading at the start of the month. Financial market conditions would need to normalise further in the near-term to encourage the pound to extend its rebound. We are not expecting the BoE to announce any new policy measures at today’s policy meeting. It is more likely that the BoE will take stock of all the new measures they have put in place so far this month.

Policy action to date during the COVID-19 crisis includes: i) lowering the key policy rate by 65bps to 0.10%, ii) establishing the Term Funding Scheme with incentives for Small and Medium-sized enterprises (TFSME), iii) lowering the countercyclical capital buffer rate from 1.0% to 0.0%, iv) establishing the Covid Corporate Financing Facility (CCFF), and v) expanding QE by GBP200 billion to purchase UK government bonds and sterling non-financial investment-grade corporate bonds. It has been a comprehensive response so far. The BoE has emphasized that it is prepared to go further if required. The government is more likely to announce further policy action today with Chancellor Rishi Sunak to set out details of support measures for the selfemployed.