NN IP: The economy and markets face a wide range of possible outcomes

NN IP: The economy and markets face a wide range of possible outcomes 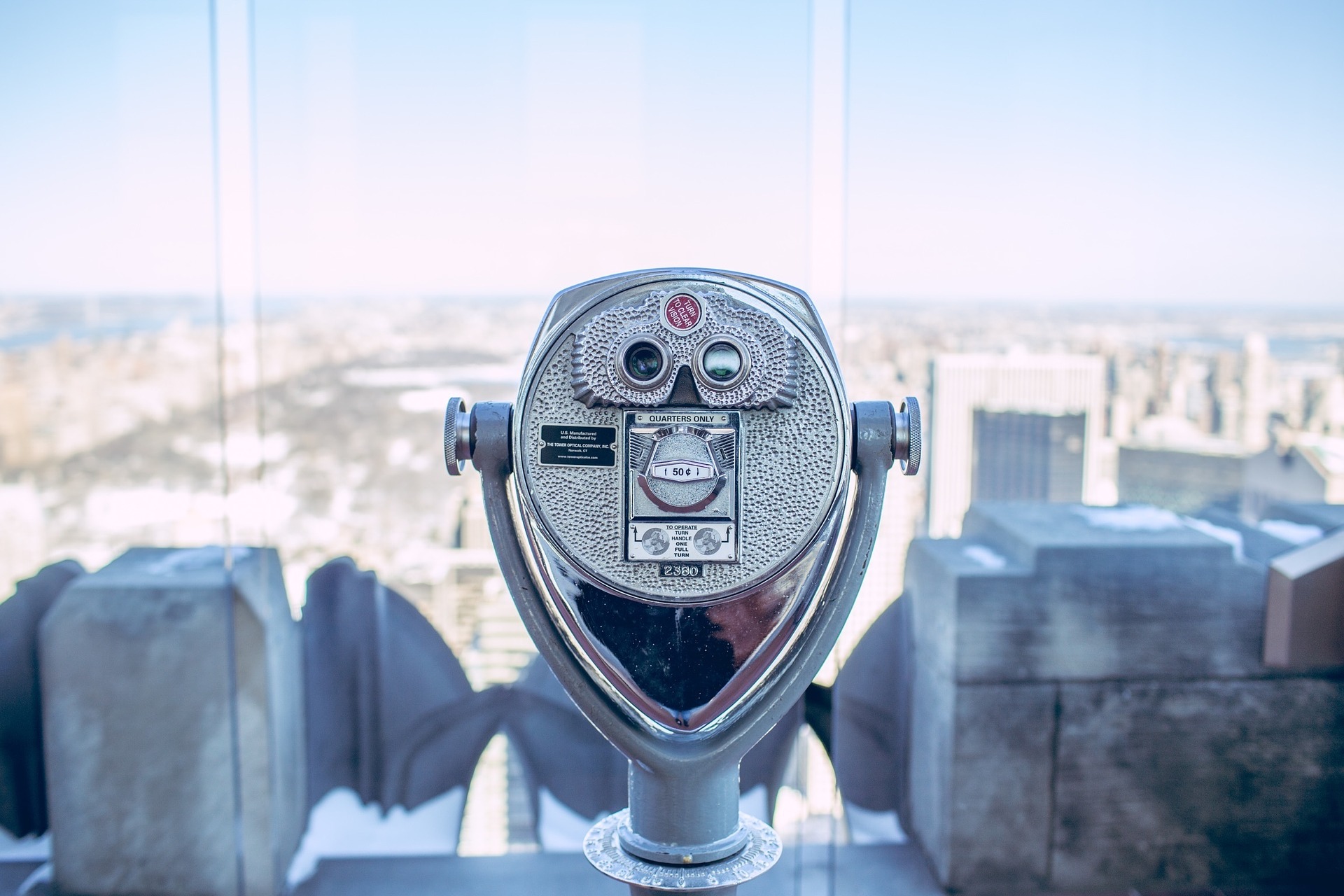 Markets started the new year the way they ended the old one – in a positive mood that is pushing risky assets and safe Treasury yields higher. Among the main reasons are the near-term reduction in certain political risks, particularly those relating to the US-China trade conflict and the possibility of a hard Brexit. Another driver is the market’s confidence that monetary policy will not be tightened in response to an improvement in growth momentum, which is of course a necessary condition for the risk rally to be validated and to continue. A central question is how much longer the current global expansion phase will last. There may still be considerable room for growth in the developed world driven by private investment, but this will require a sustainable reduction in political and policy imbalances.

The global expansion is more than ten years old and has been considerably more muted than the average post-WWII expansion. Both nominal GDP and real GDP per capita are still well below their pre-2008 trend lines, mainly because private investment growth has been pretty sluggish. An important implication for investors is that there is a very large dispersion in potential asset returns in the years to come.

On the upside: the global expansion could run a lot longer if private investment picks up sustainably. Such a pick-up would probably trigger an acceleration in potential growth via higher productivity growth and perhaps also via more labour supply growth. As private capex-driven growth would probably put only limited upward pressure on inflation, central bankers – who want inflation to rise – would not react by tightening policy. This mix would essentially entail a reduction in secular stagnation forces which boosts both equilibrium real yields (r-star) and equities.

On the downside: the longer private investment remains sluggish, the more susceptible to shocks the global expansion could become. One way to look at this is to realise that higher productivity growth is conducive to less conflict. In the real economy, it allows solid real wage and real profit growth to co-exist peacefully. Provided the gains from higher productivity growth are broadly shared, it will also lead to higher voter satisfaction and thus less political polarisation.

Once a shock triggers a recession in an economy where private investment, productivity growth and r-star are persistently low, this could leave a permanent mark by pushing inflation expectations lower. If this happens, r-star will decline further, both because the central bank is less able to boost nominal growth and because safe Treasuries become more attractive to hold as a deflation hedge. The latter development will push the term premium lower while raising the equity risk premium; that is, it would push the economy further into secular stagnation territory. What this does to equity returns can be seen clearly in the Nikkei index, which has barely risen on balance since the early 1990s.

Tactically, asset returns are driven by a tug of war

From a more tactical perspective, the key issue remains a tug of war between political risks and the policy response. The main political risks investors were focused on last year have abated for now: the first-phase trade deal between the US and China could (but need not) be the start of a prolonged trade truce, and there are no near-term Brexit cliff edges.

Still, the further ahead one looks, the less certain one can be about these issues. In the crazy political world we live in, anything can happen. No one knows where the flare-up in the US-Iran conflict will end, even though the base case is probably that the regime in Tehran realises it is too weak to win an all-out war with the US. In addition, Trump may well target other countries on trade or other issues. Alternatively, voter protests in various emerging or even developed economies could take on a momentum of their own.

Markets seem to be betting that political risks will remain around their current, more subdued level in the foreseeable future, or that if they flare up again, the policy response will be strong enough to mitigate the negative fallout on the real economy. The Fed’s dovish U-turn followed by three insurance cuts last year was a masterpiece of central bank policy. It succeeded in sustaining the expansion and helped the Fed stay close to its twin goals of full employment and price stability. In the process it provided substantial support to global financial conditions and allowed other central banks, especially in EM, to ease as well. Moreover, economies like China and the Eurozone benefited from some moderate fiscal easing. Yet despite all this, there remains a big gap between easy financial conditions and subdued business confidence.

Even though there is still a considerable risk of a recession, the base case should now clearly be that global growth will moderately accelerate this year. The data flow has become more positive overall. Service sector output is accelerating mildly. Survey evidence suggests that employment growth will remain resilient, which is reassuring, because the labour market is a key catalyst in recession dynamics. We see this reflected in the hard data. The labour market is holding up well, not only in the US but also in economies like Germany that have suffered a more severe growth downturn. Still, we are not home and dry yet. The manufacturing sector continues to struggle, and the stabilisation in global capex demand remains tentative for now and global goods demand may suffer from higher oil prices.

The next recession: death by a thousand cuts?

A recession will be inevitable at some point. It is nearly impossible to identify in advance what kind of shock will deal the fatal blow to the expansion. The most likely candidate seems to be a large and persistent increase in political uncertainty leading to a tightening in financial conditions that cannot be prevented or reversed by additional Fed easing, as well as a decline in business confidence, which leads to cuts not only in capex but also in employment.

Another candidate is “death by a thousand cuts”, whereby the economy is hit by a set of shocks, none of which is fatal on its own, but the combination of which turns out to be lethal. The best historical example is the recession of early 1990s, when at least three shocks came together: the savings & loan crisis, which restricted credit supply, the sharp rise in the oil price following the US invasion of Iraq, and the Fed rate hiking cycle in the late 1980s. In our time, one could also envisage several small shocks coming together strongly enough to push the economy over the recession tipping point. For instance, downward pressure on US margins could intensify in a low-productivity environment with tightening labour markets and low corporate pricing power; higher oil prices could enhance this. If this coincides with a rise in the credit risk premium due to political risks in the face of high corporate leverage then US businesses could decide to retrench massively.

One can imagine many other scenarios in the US and elsewhere. The key aspect of such horror stories is that a self-fulfilling shift in beliefs usually plays a large role and that the labour market, being the strongest and most important link between the household and business sectors, acts as an important catalyst.

However, the difficulty in the current cycle is that shocks no longer come mainly from the cyclical part of the real economy. Between the end of WWII and the end of the Great Moderation of the 1980s, assessing recession risks was mostly a matter of combining potential shocks and cyclical imbalances such as inflation, leverage and durable goods investment. These days, cyclical imbalances remain muted, a side-effect of the fact that the recovery itself has been a muted affair. Nevertheless, structural imbalances, political imbalances and policy imbalances are all formidable. The illustration below summarises the situation.

Structural imbalances are essentially secular stagnation forces. A feedback loop exists between them and political imbalances: a structurally worse macro performance with lower yields and lower productivity tends to enhance political polarisation, and as such fosters policy paralysis or populist policies. The latter enhances the structural imbalances by further decreasing private-sector willingness to take risk.

Finally, we should note the clear link towards policy imbalances, because a defunct political system will tend to rely more strongly on monetary policy to take upon itself the burden of stabilising the economy. The textbook example here is Europe, where a lack of fiscal and banking, and thus ultimately political, union has forced the ECB to go further into unconventional territory than would otherwise have been the case. The US is also an example because populist policies have forced the Fed to spend valuable conventional rate ammunition to support the economy. These policy imbalances feed back into the structural imbalances because the fear that policymakers will lose control over the business cycle will trigger a decreased willingness to take risk.