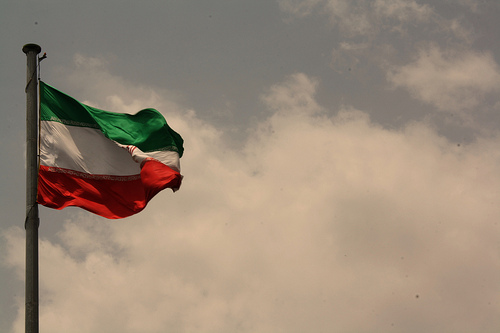 The week begins with a limited risk appetite, as tensions between the US and Iran escalate. The US prepares to impose more tensions on Iran today.

Oil extended gains in Asia; Brent crude trades near $65 a barrel, as WTI is preparing to test the 100-day moving average ($58.60) on the upside.

Gold consolidates above $1400 an ounce, while the deeply overbought market conditions hint that it could be a bit late for buyers to step in at the current levels. The relative strength index (84%) suggests that a downside correction could be imminent. The first support is eyed at $1380, the minor 23.6% retracement on June rally.

In the dirt of major economic news, the investors’ attention shifts to the political agenda at the start of the week. Besides the Iranian tensions, the upcoming G20 meeting brings the trade war between the US and China back on the table. While Trump and Xi are expected to meet at this week’s summit in Osaka, the chances of a trade deal between the two countries remain slim.

Is there more to grab in the dovish Fed story?

The US stock futures traded slightly higher in Asia. The US dollar weakened against the majority of G10 currencies, as the dovish Federal Reserve (Fed) trades continued piling in. But traders start questioning whether there is more to grab in the dovish Fed story.

The US first quarter growth figures, due Thursday, could indeed disenchant the Fed doves, if the data confirms an upside revision from 3.1% to 3.2%. But the Fed will likely go ahead with a 25- basis-points cut in July, given that the US-China trade tensions still justify a cautious stance from policymakers.

As a result, although the deeply overbought conditions in US equities suggest that a downside correction would be healthy at the current levels, we do not rule out the possibility of a further rally on the prospects of cheapening liquidity.

The FTSE futures (+0.04%) point at a flat start in London. The stronger pound could pull the FTSE 100 below the 7400p mark at the open, but energy and gold mining stocks will likely remain investors’ darlings.

The FTSE is expected to kick off the week 15 points lower at 7392p.

Looking at the political scene in the UK, Boris Johnson and Jeremy Hunt will spend the next four weeks going around the country to persuade some 160’000 Conservative members to vote for them. During this period, promises on both sides will likely occupy the headlines. But given that both candidates’ positions are clear, there is little room for a major surprise.

Of course, the late-night police visit to front-runner Boris Johnson’s house on Friday made crunchy headlines, but Hunt attacks Johnson on what looks like quite a personal matter. Though the incident happened at a very sensitive time, it will probably have no impact on the final result. A ComRes survey of 510 Conservative councilors showed that 61% of them would support Boris Johnson on his journey to become the UK’s next Prime Minister. Despite talks that Johnson’s popularity may be narrowing among Tories, the EU-sceptic candidate will likely win the race and roll up his sleeves to get the country out of the bloc by October 31st.

The lira recorded sharp gains at the start of the week, as the opposition party leader Ekrem İmamoğlu won the Istanbul mayor election on Sunday and this time, his victory was accepted without controversies.

With the political uncertainties left behind, high-yield investors could aim for the advantageous Turkish lira holdings. The USDTRY could gain further downside momentum. The 100-day moving average (5.60) is the next natural target for the lira-bulls.