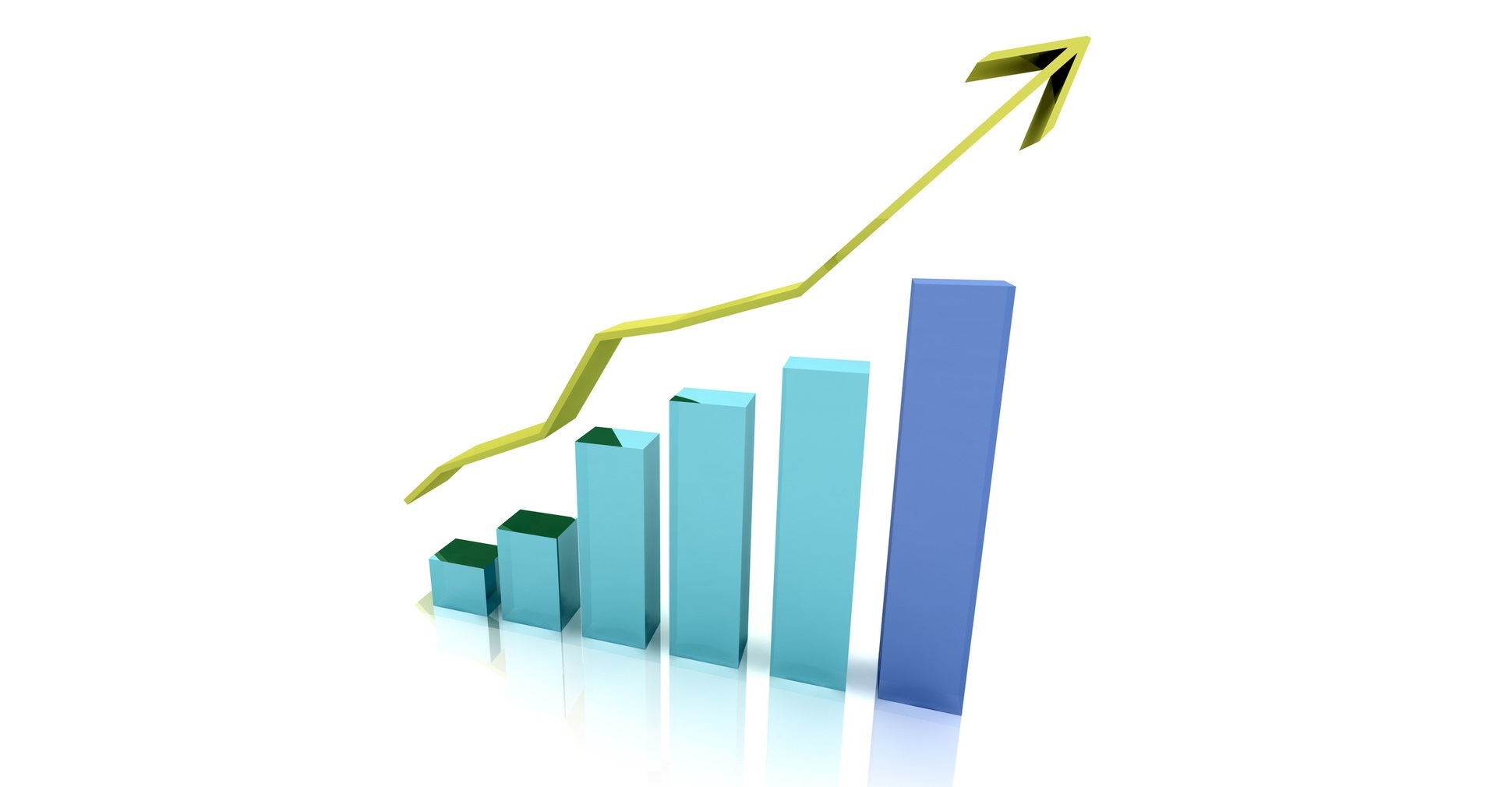 The post-pandemic world is so unfamiliar that it can be hard to find reference points on which to base assumptions about the future. However, the economic landscape between 1965 to 1974 - a period of fiscal expansion and steadily rising inflation - shares similarities with today and suggests that inflation could return to 2 per cent faster than some think.

History never repeats, but it does often rhyme. And the same goes for economic history.  It’s striking how similar some aspects of the economic environment in the early 1960s are to the years leading up to the Covid-19 pandemic - low inflation, relatively low interest rates and falling unemployment - resulting in solid bond and equity market returns. But what happened next?

The period between 1965-1974, could indeed provide the best guide to how a post-virus world will shape up and in particular the path of inflation.

In the mid 1960s, President Lyndon Johnson oversaw fiscal expansion in the US to fund the ‘Great Society Programme’ aimed at reducing poverty and racial injustice, as well as the Vietnam war which was to run until 1975. Inflation, which had ranged between 1-2 per cent for the first half of the decade, began to rise in 1965 to hit 6 per cent by 1970 before spiking during the OPEC oil embargo of 1973. The Federal Reserve was constrained by political pressure to keep rates low even as inflation moved higher, while unemployment was low at around 3.4 per cent. 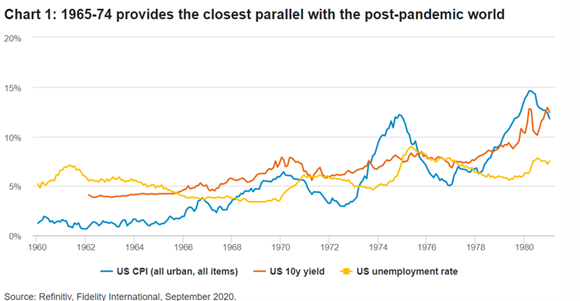 Similarities with a post-pandemic world

Today politics is again shifting towards greater fiscal largesse and away from austerity, a shift that could lay the foundations for a reflationary environment. And the political winds are also blowing in favour of those left behind by globalisation, towards labour and away from corporates. While this is some way from the power of the trade unions in the ‘60s, the reintroduction of some of the workers’ rights that have been eroded since then could lift wages.

The Fed appears to be working hand in glove with fiscal authorities to tackle low inflation and currently high unemployment. It has explicitly stated that it will allow inflation to overshoot the 2 per cent target for a period of time before it considers raising rates, and will use all available tools to keep yields contained for an extended period.

Before the pandemic, unemployment in the US was at similar levels to the late 60s and we see upside to oil prices from the current level of around $40. So despite structural headwinds - demographics, the structural slowdown in China and the impact of technology - we think that inflation could come back faster than many expect and that central banks will be less inclined to act pre-emptively to contain it when it does.

Inflation affects real returns, so how should investors prepare?

This matters to investors because inflation affects real returns. In the years between 1964 and 1975, the nominal total return of the S&P 500 was around 6 per cent. This was low by historical standards, but the real return was barely positive at around 1 per cent - earnings growth (which is linked to nominal growth) was offset by a contraction in multiples. Nominal bond yields rose while real yields fell. The price of commodities such as oil and gold rose during the period, although gold in particular was affected by the termination of the Bretton Woods regime in 1971.

If the period between 1965-1974 is to be a guide to the post-pandemic future, how should investors prepare? With rates low and inflation a possibility, assets such as cash and government bonds would be less attractive due to the negative real returns. Inflation would erode the value of cash and of coupons. However, there are a number of equity markets that are relatively cheap and could offer some protection from rising inflation. Finally, if the US does manage to generate higher inflation and the Fed stay the course with exceptionally low short end rates then we can expect the dollar to come under further pressure.