Monex: Fed turns incredibly hawkish, so much so that markets questioned its intentions

Monex: Fed turns incredibly hawkish, so much so that markets questioned its intentions 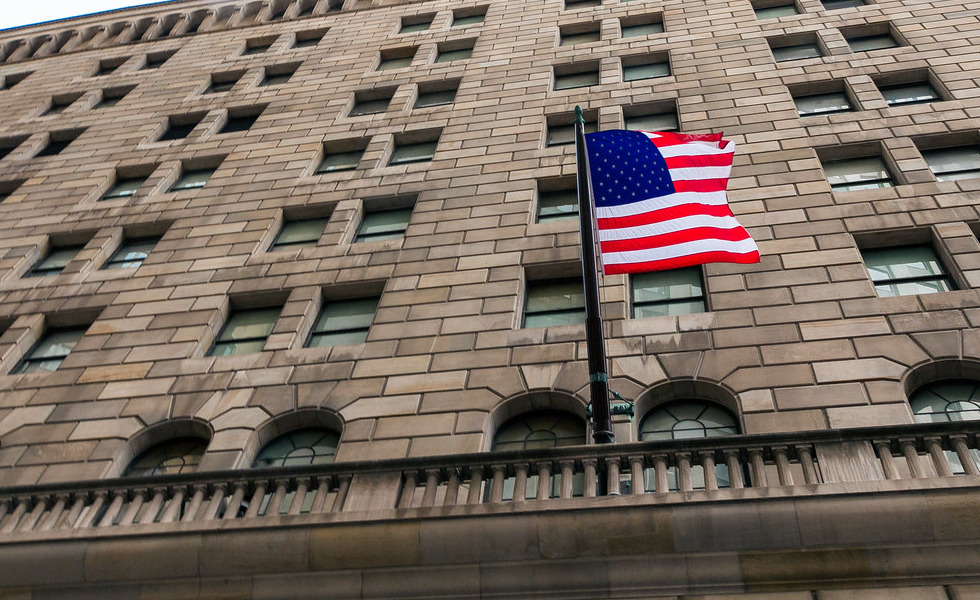 By Simon Harvey, Head of FX Analysis at Monex Europe

The Federal Reserve today hiked interest rates by 75 basis points, raising the target range to 3-3.25%. Given the decision largely fell in line with expectations, the initial market reaction was focused on the accompanying economic projections, specifically the Fed’s dot plot.

The median dot for the end of this year was raised from 3.4% to 4.4%, suggesting another 125bps of hikes spread over the next two meetings this year, with the 2023 median dot printing above the market’s expectation of terminal heading into today’s meeting at 4.6%, an 80bps increase from June’s projections.

Further out along the curve, the Fed’s messaging of restrictive rates for longer is evident, as the 2024 median dot was raised from 3.4% to 3.9%, while the newly incorporated 2025 projection suggests only 1.7 percentage points of rate hikes will be unwound from next year’s peak over the following two years.

Although the split on the end-2022 dot was finely balanced in favour of an extra 25bps hike, the overall message in the median and range of the projections for this year and next is evident; the Fed wants to keep financial conditions tight, even at the expense of signalling over-tightening at this juncture. For markets, the initial response was textbook. With the high bar set by markets exceeded, Treasury yields bear-flattened further, stocks got hit, and the dollar was the only game in town for FX markets. 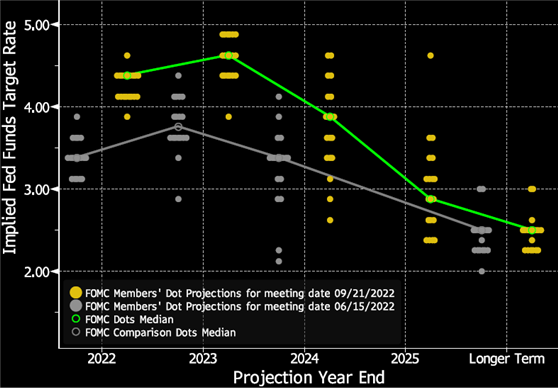 However, as Chair Powell took to the lectern, the initial market reaction began to fade. While Powell said nothing overtly dovish, markets struggled to buy the narrative of no cuts in 2023 that he was trying to sell. With questions in the press conference focusing heavily on the economic projections and when the Fed would pivot to avoid being overly restrictive, Powell gave nothing concrete in his answer.

By essentially pleading data dependency, he arguably undercut the central bank’s own projections. This saw front-end Treasury yields struggle to hold onto their highs throughout the press conference, eurodollar spreads between December 2022 and December 2023 invert further, and the dollar trim its post-statement gains against the G10 board.

While the level of volatility in the cross-asset space makes it difficult to see the true nature of how markets are digesting the Fed’s messaging, we are currently sceptical that the latest Fed decision is ushering a new higher range for the US dollar in the medium-term. As the data starts to turn, we think the Fed may struggle to get rates up to the projected terminal rate of 4.6% and hold rates at those levels for the entirety of the year.

In the near-term, the elevated benchmark set by the Fed, i.e. a 75bp hike in November and a 50bp hike in December, will likely keep the dollar well supported as economic growth conditions start to slow dramatically in developed market economies. Should the data struggle to uniformly reject such a hawkish rate path, which has been fully welcomed by overnight interest rate swaps, the dollar is likely to see out 2022 at historical highs as other G10 central banks struggle to offset the pressure from higher US rates.

The revisions to the Fed’s summary of economic projections indicates that the “soft landing” narrative may soon be discarded. In the press conference, Chair Powell made repeated reference to “below-trend growth.” Taken at face value, that could mean positive growth. But this strikes us as a euphemism aiming to soften the blow that a policy-induced economic contraction is likely underway and avoid creating excessive panic for Main Street.

Unemployment is now seen peaking at 4.4% in 2023, half a percent higher than in the June projections. Given the Fed’s substantial upward revisions to their policy rate expectations, it’s notable that the new projections show slight upward revisions to inflation but large hits to both GDP growth and unemployment, indicating just how fraught the view that a soft landing is possible has become.